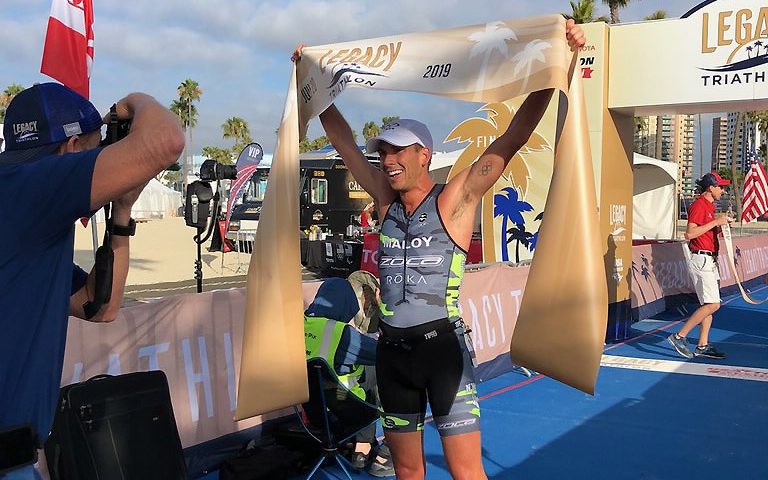 The sprint-distance race consisted of a 750-meter swim, 18.9K bike and 5K run held on the proposed site of the triathlon competition at the Los Angeles 2028 Olympic and Paralympic Games.

Maloy posted a time of 53 minutes, 20 seconds, to finish well ahead of the field. Second-place finisher Cole Ridenour’s time was 1:01:02.

Maloy, a graduate of Wildwood Catholic High School, was the top American male finisher in the triathlon at the 2016 Summer Olympics in Rio de Janeiro. He was also part of the United States mixed relay team that won the word championship title in Germany prior to the Olympics. He was also the winner at the 2015 Noosa Triathlon and the 2016 Escape from Alcatraz Triathlon.

Maloy briefly retired from the sport following the Olympics but returned to competitive triathlon racing earlier this year. He finished third in the St. Anthony’s Triathlon in St. Petersburg, Fla., in late April and placed second at the Escape From Alcatraz Triathlon last month.

Maloy is a 2004 graduate of Wildwood Catholic, where he was a standout swimmer and distance runner. He enjoyed a prolific swimming career at Boston College, from which he earned bachelor’s and master’s degrees. He began competing in high-level triathlons in 2010.

Maloy was also a standout athlete for the Wildwood Crest Beach Patrol during his high school and college years.

Maloy currently resides in San Diego. He was recently appointed the coordinator of the USA Triathlon Collegiate Recruitment Program.