Just one weekend left to qualify for football playoffs 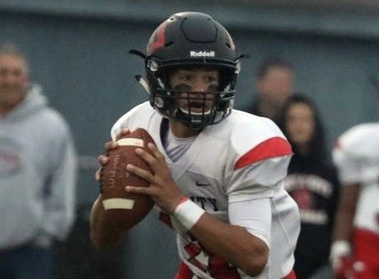 The results were a 9-0 win over Absegami in the NJSIAA Group 3 field hockey tournament and a 34-7 win over Oakcrest in a West Jersey Football League game.

Ironically, both teams will now move on to games against Mainland.

Kelsey Burke’s field hockey team (15-5) will host Mainland (9-9) on Tuesday afternoon at Carey Stadium in a South Jersey Group 3 semifinal. And Kevin Smith’s football team (6-1) will travel to Linwood on Friday to play the Mustangs (7-0) in a virtual division championship game that will also have major impact on the NJSIAA Group 4 playoff seedings.

In today’s field hockey game, McNally scored three times and assisted on another to spark the Ocean City offense. She leads all OCHS players this year with 21 goals and is second by one assist to Chloe Prettyman with 10 assists.

Prettyman had two goals and an assist today, giving her 18 goals this season. Four other players each scored once – Olivia Vanesko, Molly Reardon, Alexis Smallwood and Bridget O’Kane. Reardon, Sophia Ruh, Nya Gilchrist and Morgan DeCosta each added assists. Nora Bridgeford made one save for the shutout.

Ocean City defeated Mainland, 3-0 and 8-0, during the regular field hockey season. The other South Jersey Group 3 semifinal is Clearview (16-2-1) against Gloucester Tech (7-9).

Meanwhile in Mays Landing, Repetti threw a pair of first period touchdown passes – five yards to tight end Brad Jamison, who wrestled the ball away from a defender, and the other 31 yards to sure-handed Brian Beckmann, who made a diving catch deep in the end zone. Repetti adding another TD on a one-yard run. Ocean City has scored 128 points in the first quarter this year.

After Issac Wilson scored his team-leading ninth TD of the season on a three yard run in the second period, Repetti ran in from seven yards out in the third period for his fourth touchdown of the season. Brendan McGonigle kicked four of five extra points (one was blocked) giving him 29 extra points in 31 attempts, fourth highest total in school history.

Oakcrest scored in the second quarter on a 28 yard pass from Angel Casanova to Sebastian Terrones.

Junior Brady Rauner made two interceptions for Ocean City, a circus catch in the first half and a diving pick to stop an Oakcrest threat at the Ocean City four yard line in the second half.

It was a good Saturday for these two OCHS teams. Now all eyes are on the Mustangs.