Chloe Lawler crumbled to the ground in a soccer game against rival Middle Township during her sophomore season in the fall of 2018, suffering a grade 3 tear of the anterior cruciate ligament in her right knee.

A budding star at Lower Cape May Regional High School, Lawler endured a pair of surgeries and a long rehabilitation process to get back to playing last fall as a junior.

That work has paid off in the form of a Division I college opportunity.

This week, Lawler, a forward and attacking midfielder for the Lady Tigers, verbally committed to play college soccer at Division I Old Dominion University.

“I always had the dream to play college soccer, and my goal was to get to the Division I level,” Lawler said. “To overcome my knee injury and some other obstacles, it feels really good to be here.”

Lawler gained most of her college interest through her play with her club soccer team, PDA Freedom in Toms River, for which she plays year-round.

“I had a couple of tournaments during the fall and (ODU) saw me at a showcase tournament in North Carolina, and we also went and play in Florida, too,” Lawler said. “They had planned to see me again, but then they offered me anyway. Honestly, after being on their campus and meeting the coaches, it was kind of a no-brainer. That’s where I wanted to go.”

Lawler, who had also received interest from Drexel, Illinois-Chicago and Fordham, said she is set to receive a combination of athletic and academic scholarship money from ODU.

“I think it’s unbelievable that after getting hurt she has this opportunity,” said Brett Matthews, Lawler’s coach at Lower Cape May. “It’s a credit to her work ethic that’s she’s been able to accomplish everything she has since she hurt her ACL. She came back less than a year later and came back and played at a pretty high level. She continued to grind it out and work hard and what she’s been able to do is remarkable.

“Her work ethic is superior than just about everyone. There’s very few people I’ve seen with her work ethic and her dedication to the sport.”

Lawler, also a standout basketball player at Lower Cape May prior to her injury, decided to swim this winter. But she plans to return to basketball court for her senior season.

“I decided to swim so I could focus on (club) soccer and take the wear and tear off my knee for a little longer,” Lawler said. “But now that I’m 100 percent, I can’t wait to play basketball again. I really missed it.”

Lawler is the third Lower Cape May girls soccer player to earn a Division I college opportunity in the last six years. Former Lower stars Madie Gibson (Monmouth) and Gabriella McKeown (Temple) both enjoyed outstanding careers at the college level.

“I remember watching them play – Madie specifically,” Lawler said. “They were definitely stars coming out of Lower Cape May. They paved the way for players like myself and others to come along and get to the college level.”

Lawler admitted she had doubts about her athletic future in the immediate aftermath of her knee injury.

“Obviously there were times when I thought, ‘How the heck am I going to come back from this?’” Lawler said. “I was three months post-op and I still couldn’t even run yet. But I always had a strong vision to reach my goal and I knew if I got healthy I would work hard enough to try to accomplish it.”

Lawler said she plans to study biology at Old Dominion, with an eye toward eventually attending medical school. 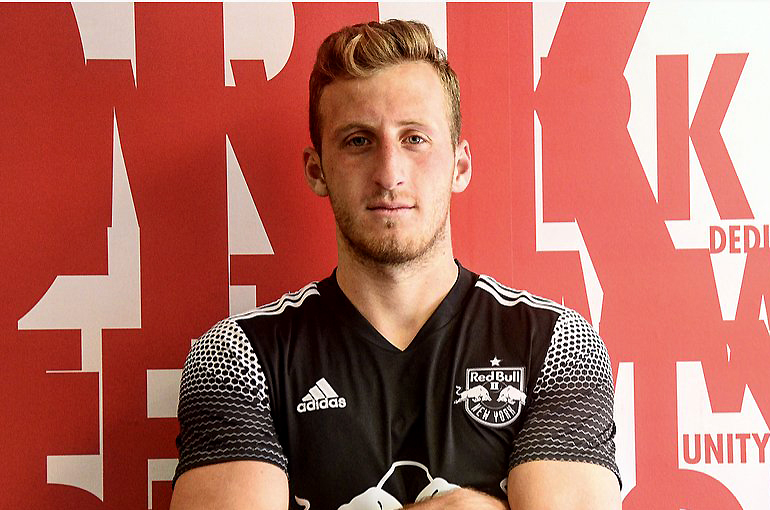 Carter Evans of the U10 Surge goes to goal as teammate Cooper Turner looks on from behind.