VIDEO: LCM looks to compete under new, but familiar, coach 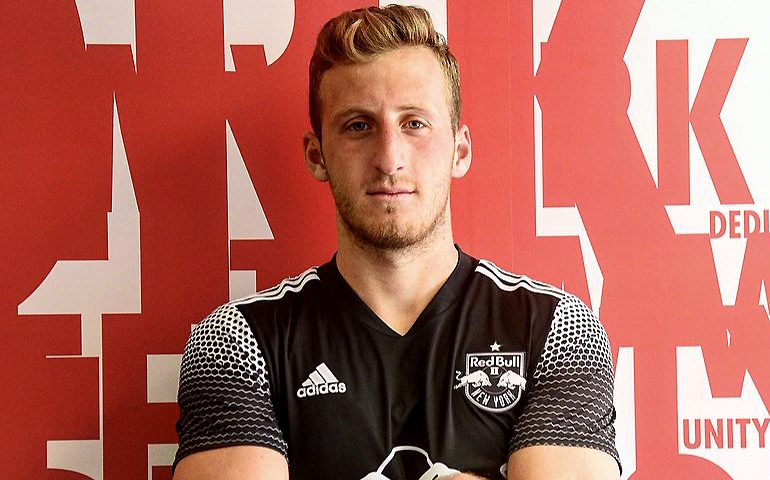 Fala, a Middle Township High School graduate, scored in the 86h minute for what proved to be the decisive goal in the New York Red Bulls II’s 5-4 victory over Philadelphia Union II.

The 6-7 Fala, playing central defender in his first season as a pro after a record-breaking career as a forward at Ramapo University, came forward for a corner kick and headed into goal from 10 yards. The goal can be seen at the 2:10 mark of the above highlights video from the match.

The victory was Red Bulls II’s fifth against nine defeats in 14 matches.

Fala is one of just three Red Bulls II players to see action in all 14 games and is tied for second on the team with 11 starts. He is far and away the team’s leader in minutes played, having been on the pitch for 1,025 minutes through 14 matches.

Fala, 22, scored 48 goals in 75 career appearances at Division III Ramapo, where he was named a third team All-American as a junior in 2018, a first team All-American as a senior in 2019 and a two-time New Jersey Athletic Conference Offensive Player of the Year. Fala is Ramapo’s single-season goal-scoring leader with 27 and also holds the program record for game-winning goals with 19.

A 2016 graduate of Middle Township, Fala scored 46 career goals for the Panthers. He was also a major contributor to the basketball and tennis teams during his career at Middle.

VIDEO: LCM hangs on for win behind late defensive stand