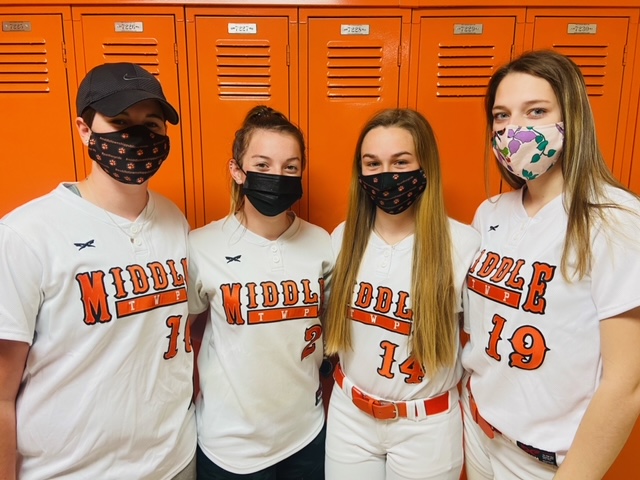 There was no high school softball last spring.

Only about a week into preseason practice, the season came to a halt at the onset of the COVID-19 outbreak. Seniors lost their final season. Underclassmen lost a full season of what is already a fleeting career.

Now, teams will look to make the best of being back on the field.

The following is a look at each of the area’s high school softball teams:

Cape May Tech begins the season with a new head coach in Cortney Walters, who was hired before last season but never got to play an official game with her team.

Tech features only two seniors but does bring back a nice group of players who saw varsity time in 2019. They include seniors Samantha Jenison (INF) and Mattie Newby (INF/P) and juniors Lily Bauer (INF), Sophia Cirino (OF), Julia Mohr (INF/C), Adelia Ogden (3B), Isabella Williams (UT) and Alexis Fox (OF). Newby, Ogden and Cirino are serving as team captains.

Walters is assisted by Paul Becker and Jessica Versage.

The Lady Tigers will rely on some experienced upperclassmen to guide what is overall a rather inexperienced team.

In addition to Ziemba, the top newcomers include junior Arianna Cataldo (SS/UT) and sophomores Sam Mancuso (OF) and Renata Reissenberg (C/INF).

“It’s going to be a rebuilding year, although I think we may surprise some teams once everything clicks together. They will fight,” said third-year head coach Kiersten Hughes.

The team does have a handful of players back from that team, lending hope that it can enjoy another competitive season now that high school softball has returned in 2021.

Megan Russ returns to her alma mater as a first-year head coach. She’ll look to seniors Sayde Nichols (SS/P), Charlotte Selover (P/UT) and Morgan Adams (UT) and juniors Grace Thompson (C) and Sarah Hughes (OF) to lead the way. Those five gained experience in the program prior to last year’s shutdown. Adams, Nichols and Selover are the team’s captains.

Middle features a lot of versatile players who can play multiple positions.

“I believe this team has the drive to overcome many obstacles,” Russ said. “Losing their entire season last year really hurt. They want to win and I believe we are going to do that.”

Russ is assisted by Angelica Brown.

Middle Township will open the season Tuesday at Millville, after the contest was postponed from Monday due to rain.

Wildwood won just three games when high school was last played in 2019 but the Lady Warriors appear to have more depth than in recent seasons.

While mostly inexperienced in softball, Wildwood deploys a bunch of two- and three-sport athletes who’ve been through battles in other sports.

“I think we’ll be more competitive than we were two seasons ago,” said 10th-year head coach Teresa Cunniff, who is assisted by Alyssa Esteban-Cox.

Wildwood lost a wild game in its opener Monday at Pitman, 25-23, in a contest that took nearly three hours to complete. Wildwood trailed 9-1 after one inning, rallied back to lead 23-20 after four innings but saw Pitman score five times in the bottom of the sixth.

Wildwood Catholic is coming off the best stretch in program history. The program won back-to-back South Jersey championships in 2017-18 and then still managed to finish 11-7 the last time the team was on the field in 2019 despite being decimated by injuries.

But just about all of the players from those successful clubs are gone, leaving first-year head coach Todd Cimino — the father of 2017-19 starting pitcher Emily Cimino, how at Lehigh — to lead  a rebuilding effort in North Wildwood.

The Crusaders opened the season with an 11-0 loss to St. Joseph, which won 30 games and a South Jersey championship in 2019.