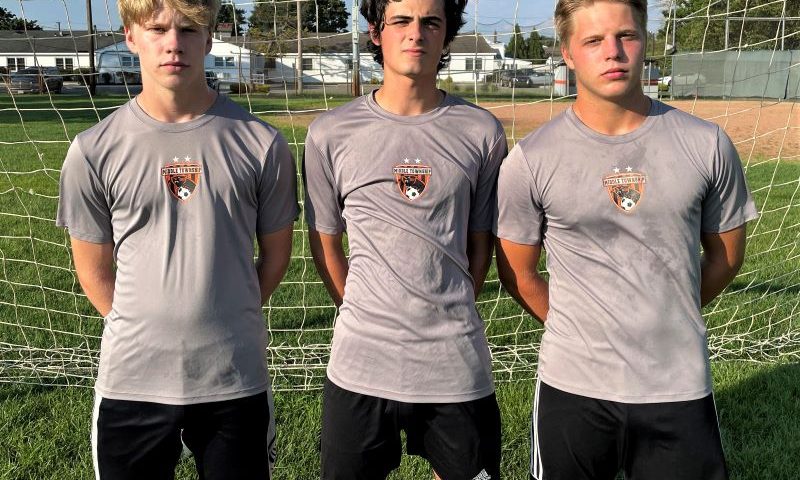 There are games on the first day of school for some of the teams, with a juicy Middle Township at Lower Cape May matchup highlighting the opening day slate on Tuesday.

There’s a new head coach in the mix in the area, with Scott Kurkowski taking over at Middle Township.

After last season’s reduced schedule and strangely aligned playoff system due to the pandemic, we should see a full schedule and a return to the traditional playoff format.

Conferences within the Cape-Atlantic League have been revamped. So if you like your local rivalry games, you’re going to get plenty of them as Cape May Tech, Lower Cape May, Middle Township and Wildwood Catholic are all in the CAL United Conference, along with Buena, Holy Spirit and St. Joseph. Each of those teams will face one another twice this fall.

The following is a look at each of the area’s high school boys soccer teams:

But fourth-year head coach Jon Harris is optimistic that this year’s team, with a handful of more experienced seniors, should be improved.

Junior Adam Dille (MF) is also a returning starter for the Hawks.

“Our players strive to be better every day,” Harris said. “That’s what I expect from my guys as players and young men.”

Tech opens the season Thursday at Lower Cape May.

This has the potential to be a good season for Lower Cape May.

Although Jordan Pierce, who led the county in scoring last season, has graduated, the Tigers bring back nine starters from last year’s team that finished 6-5, including a South Jersey playoff win over rival Middle Township.

The strength of this team could be along its back line, as Lower returns its starting goalkeeper and its entire defensive unit.

Freshman Chase Austin (F) is expected to emerge as the team’s top newcomer.

“We should have a good season and contend for the CAL United Division title,” 16th-year Lower coach Dennis Elia said. “We should make the state playoffs and we hope to host a home game this year.”

Elia enters the season 11 wins away from 100 for his career.

Lower opens the season with a home game against Middle Township on Tuesday.

Middle begins the season with a new head coach in Scott Kurkowski, an alum of the school who led the Panthers with 16 goals during their 2013 South Jersey championship season. He takes over for Matt Gilbert, who resigned after four seasons in charge.

Kurkowski, previously an assistant coach in the program, gets to enjoy the company of 14 returning players from last year’s 5-5-1 team.

Leading the way is junior Steve Berrodin (MF), who posted four goals and six assists in 11 games last season and is one of the CAL’s top players.

Berrodin and Austin and Tommy Carr are serving as team co-captains.

There are a handful of younger players with talent who will also either start or push for time off the bench. They include junior Gabe Queen (FB), sophomore Simon Harden (FB) and freshmen Colin Jastremski (MF), Phil Woodrow (FB/MF), Eddie Hirsch (MF), Joe Berrodin (FB) and Jack MacLeod (MF).

“We will look to compete in every game and make a run at the conference title,” Kurkowski said.

Middle opens the season Tuesday at Lower Cape May.

Wildwood enjoyed a solid 10-5 season playing in the Tri-County Conference’s Classic Division but returns only two full-time starters from last year’s team. But the Warriors still bring back a large group of players and are adding one of their more talented freshmen classes, so there’s optimism that the team can still produce a winning season.

Vallese and Gonzales are the team’s co-captains.

A few of the freshmen are expected to push for starting positions.

“We are a young team with two returning starters and a new goalkeeper, but we do add one of our more talented freshmen classes and some additional new players as well,” said 18th-year head coach Steve DeHorsey. “We will be competitive in our division and look to finish above .500.”

Coming off a 2-7 season last fall, Wildwood Catholic enters the new season with a very young group, featuring seven freshmen who are all expected to see time.

The top returning players include senior David Arajon (MF) and juniors Jimmy Kane (MF) and Vince Tenaglia (FB). They’ll each need to be solid for the Crusaders to compete.

“With such a young team, we will be looking to gel together as a unit and gain valuable experience this season to build upon moving forward,” fourth-year head coach Jim Lushok said. “With that said, I do expect us to be able to compete against most of the teams in our division.

“We are looking forward to getting back to a normal season that allows us to build valuable experience. We want to hit our peak right as we head into the postseason and hopefully make a run.”

Wildwood Catholic opens the season Tuesday with a home game against Buena.