ERMA – The Lower Cape May Regional High School boys basketball team may have lost more than a game on Wednesday.

The Caper Tigers suffered their first defeat, falling 47-38 to Mainland in a matchup between two of the Cape-Atlantic League’s best teams.

But following the game, the mood was somber for a more serious reason after the team’s leading scorer, Archie Lawler, went down with an apparent knee injury late in the fourth quarter and did not return. The severity of the injury was not immediately known.

“We just have to hope and pray for the best,” Lower coach Scott Holden said.

Lower Cape May entered the contest unbeaten. A large crowd was on hand to see the Caper Tigers battle the defending league champion Mustangs, who had lost just once in their first 11 games.

For a half, that crowd was treated to an outstanding contest, with Lower taking a 21-20 lead at the break. But Mainland held Lower to just two points in the third quarter and eventually built a lead as large as 14 points before settling for the nine-point victory.

“Too many turnovers,” Holden said of his team’s second-half issues. “We couldn’t even get a shot off sometimes. We got away from what we were doing in the first half.

“That’s one of the best defensive teams in the league. I’m proud of how our guys competed. But we got away from our game plan.”

Tim Travagline scored 14 of his game-high 18 points in the second half to pace Mainland. Cohen Cook added 10.

“We have several games on our schedule that make me nervous and Absegami, especially away, is one of them and that’s what the next game is,” Holden said. “It’s never a fun place to play. They’re playing well and they play tough. We’ll see how Archie is and then we’ll get ready with a game plan.” 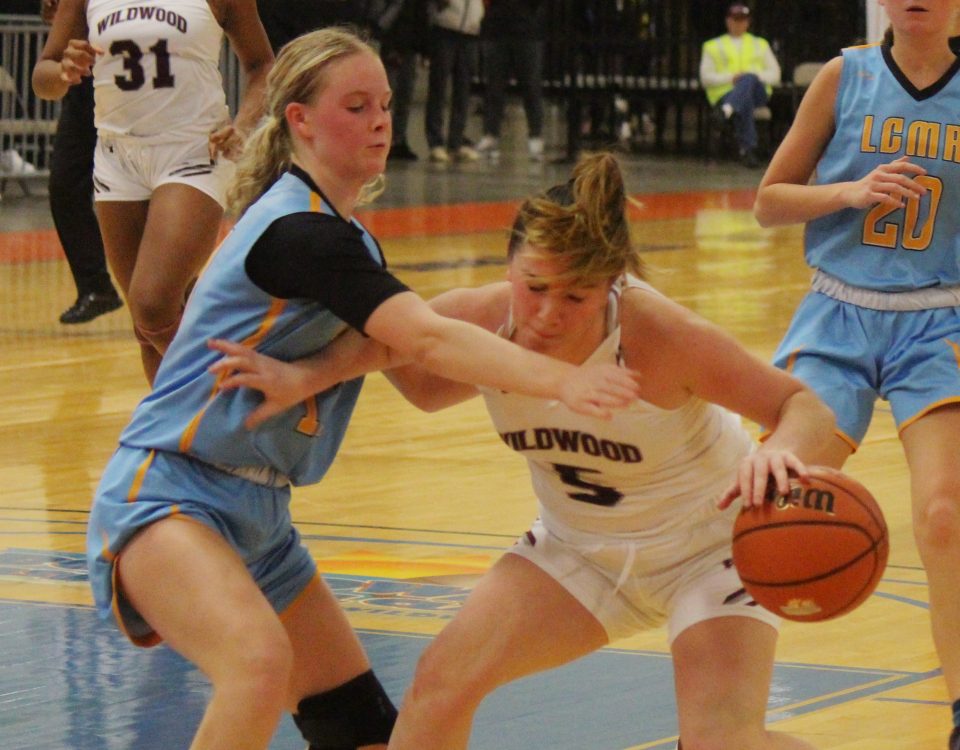