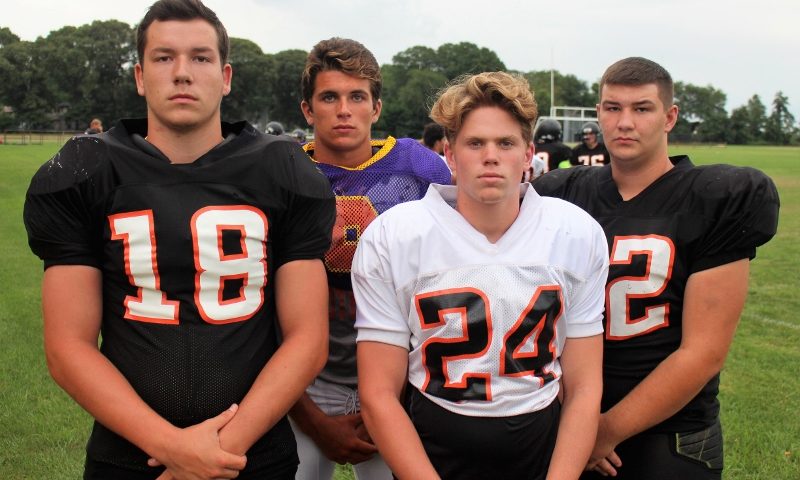 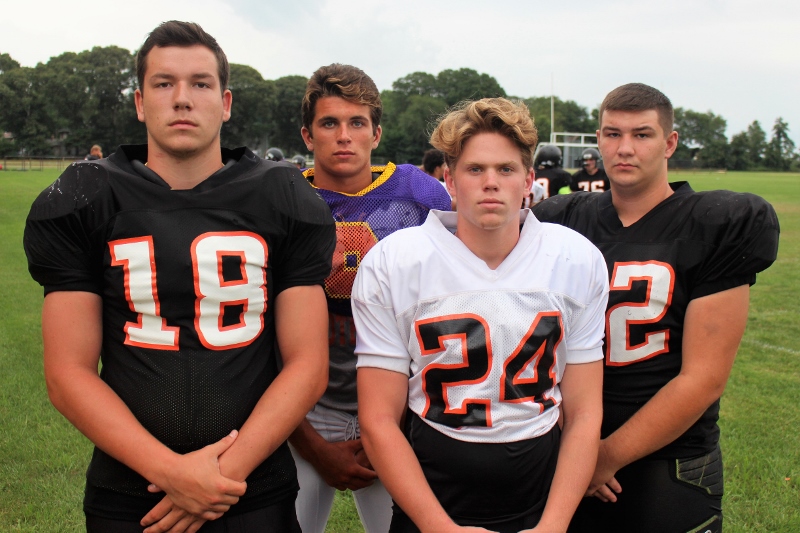 While many people were making their plans for the unofficial final weekend of the summer this week, those associated with the Middle Township High School football program were undergoing their final preparations for Thursday’s season opener against Steinert.

The contest, set for a 6 p.m. start, will air live on WCZT-FM 98.7 The Coast radio and will be streamed online at CoastSportsToday.com.

That will now change.

“It’s definitely a little different,” said Middle Township coach Frank Riggitano. “The one thing it’s done, it’s forced the coaching staff to focus on our limitations and to try to stay away from them. We’ll be a little limited in our first game because we’ll have eight days less preparation than normal. But we’re doing a lot of reps with the stuff we have in.

“The kids have been very excited about this. One of the positives is that we can go out and play a game and the kids don’t have to worry about any classes yet.”

There is, however, a lot back. Harris suffered a season-ending injury in a late October win over Pitman, giving Cameron Hamer a few games of experience at the end of the 2016 season. Hamer, now a junior, is a better player for it.

“He improved every week at the end of last year,” Riggitano said. “We eased him in slowly to try to help his development. The one thing he’s doing now much better than he ever did is throwing on the run. And we’re going to do some things with him running the ball, too. He’s starting to fall into a leadership role and that’s good.”

In terms of depth, Middle appears to have one of its deepest offensive and defensive fronts in years. Offensively, seniors Max Brown and Dom Arrizzi are the tackles, senior Joel White and junior Evan Harris are the guards, senior Dylan Cruz is the center and senior Cody Kern is the tight end. Defensively, it’s Harris and senior Austin Cominsky at the ends and Cruz and White in the tackle spots. Junior Kyle Matthews and sophomore Harry Tozer are solid backups.

“I like our line play, defensively especially, because I think we can roll eight guys up front,” Riggitano said. “We feel very comfortable with a lot of the kids we have there.”

At the offensive skill positions, Giulian, Loeffler and junior David Hayes are expected to get carries. Selby is the main receiver.

Middle, a member of the West Jersey Football League’s United Division, has goals of competing for a division title and making the Group II playoffs in consecutive seasons for the first time in program history.

The opener will be crucial in that regard. While a non-division game, Middle will need a victory to start its playoff qualifying campaign in a proper form. Steinert, of the WJFL Patriot Division, finished 5-5 last season.

“They are very big, very strong, very similar to a Buena team that we play regularly,” Riggitano said. “They have some strong kids. The probably don’t have blazing speed. But this is a team that won five games against a tough schedule last year. We have our work cut out for us.”