It was a rather successful season for Cape May County boys soccer teams in 2016.

Ocean City and Middle Township shared the Cape-Atlantic National Conference title, Wildwood Catholic was the winner of the CAL United Conference; Lower Cape May and Cape May Tech enjoyed relatively competitive seasons and Wildwood set a program record for wins in a season.

The coaches and players in the area hope to generate the same kind of success this fall. The 2017 season is set to begin later this week.

The following is a look at each of Cape May County’s boys soccer teams:

Cape May Tech goes into the 2017 season with a very younger roster, with 23 freshmen and sophomores in the program.

The Hawks do, however, have a few experienced players that have shown they can produce in the Cape-Atlantic League.

Senior Owen Prickett (MF), who posted 10 goals and 10 assists last fall, and junior Mike Brown (F), who netted a team-high 11 goals, are the leaders of the offense.

Defensively, Tech will lean heavily on senior Orlando Ruiz (MF), who is also a team captain.

Most of the rest of the players have little varsity experience.

“I feel like we’re a little more talented than we were last year but because of our (young) age we could struggle early on,” Cape May Tech coach Pat Macfarlane said. “But I’m hoping we can better by the end of the season and maybe we can finish a game or two better than last year.”

Lower lost five senior starters from last year’s team so some younger players will have a chance to move into those positions. The Caper Tigers will lean on five returning senior starters this fall. 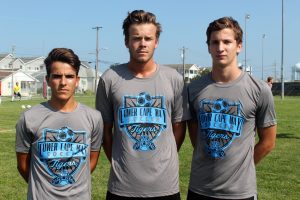 “We will try our best to compete and hopefully make the state tournament again, although we are in a very tough conference,” said 12th-year coach Dennis Elia.

Lower Cape May opens Thursday with a home game against Ocean City. 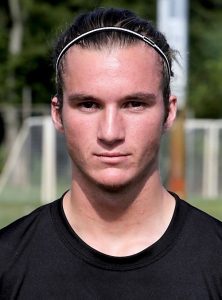 With 12 players and the head coach gone from last year’s 15-5 team that shared the CAL National Conference title with Ocean City, this certainly sets up as a bit of a rebuilding year for Middle Township.

That’ a relative term at Middle, however, as the Panthers should still remain among the more competitive teams in the CAL. 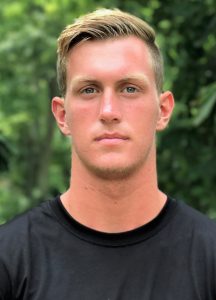 Matt Gilbert moves up to head coach after assisting John Maher for 13 seasons. Maher stepped down in the spring. 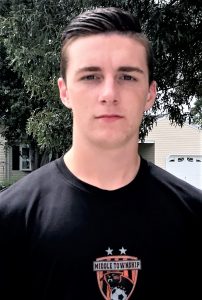 Quite a few sophomores and freshmen are expected to see time with the varsity this fall. They include sophomores Brendon Bartha (F/MF), Sean Dougherty (F), David Gardner (F), Jonathan Gardner, Craig McClure, Jack McDonough and Conor Farrell. Freshmen with the varsity include Braiden Scarpa (GK), Gavin Quinn (B) and Max Gilbert (F).

“It’s a rebuilding year but we’re always looking at it from the optimistic side, trying to make this a seamless transition with me being there 13 seasons as an assistant,” Gilbert said. “It’s a great group of guys we have. They’ve been very supportive of me taking over. There’s a great foundation that Coach Maher left for me here. I’m just adding a few personal touches to it.”

Middle opens the regular season Wednesday at home against Millville.

Ocean City coach Aaron Bogushefsky (102-54-13 in eight seasons) feels good about the Raiders and is approaching this season with a slight difference.

OCHS shared the National Conference last year and had a 14-4-1 record. They lost, 1-0, to Hammonton in the first round of the NJSIAA Group 3 Tournament. 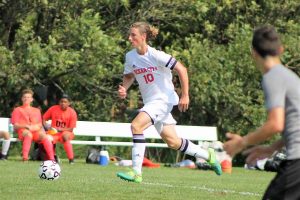 Josiah Nistorenko returns to the Ocean City High School boys soccer team as one of the top offensive players in the Cape-Atlantic League.

“My new philosophy is ‘Keep The Ball,’” said Bogushefsky. “We want to play more possession soccer. As I get older I’m seeing the big picture. We still want to win but playing the game the right way is just as important. We want to focus more on player development.”

“I like how we’re playing,” Bogushefsky said. “We’ve won scrimmages against Moorestown and Kingsway. We’re a little disappointed because we scheduled four scrimmages but only got to play two. But I think we have a team full of guys who gained experience last year and are ready to take the next step this year.”

Ocean City opens the season Thursday at Lower Cape May.

After setting a program record with 10 victories last season, Wildwood looks as if it could have a repeat of the same success in 2017. 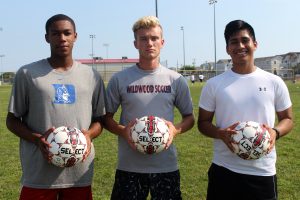 The Warriors return their top two goal scorers in senior F Dennis McAllister (21G) and junior MF Tyler Tomlin (12G) and also welcome back dependable senior B Kyion Flanders. Eleven other players, a few of whom were starters, also return. That has Wildwood thinking it can compete with some of the better teams in the Tri-County Classic Division.

“Last year … we took a big step in building our program,” said 14th-year coach Steve DeHorsey. “Our players tasted success and they want more. We plan on competing in our division and surprising a few teams outside our conference.”

With 13 returnees, the Crusaders will hit the pitch this fall looking for a repeat of their 2016 success. 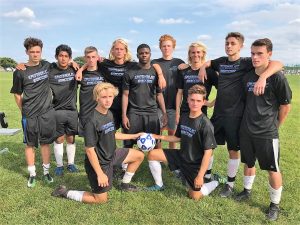 Leading way are six seniors who have been playing with the varsity since their freshmen seasons. F/MF Beck Lindsay (22G, 19A) and MF/F Jared Wallace (11G, 7A) are two of the top offensive players in the CAL, while B Rakim Coyle is one of the league’s top defenders. The other returning senior starters include MF/F Tyler Mericle, MF Taylor Ohntrup, B/MF Irving Fenochio, B Jon Feraco and MF Dennis Libro. Other returning players include junior Nate Yost (F) and sophomore Matt Vogdes (B), Scott Fiore (B/MF), Tommy Bolle (B) and Rich Fenochio (MF).

Wildwood Catholic opens the season Wednesday with a non-conference home game with Mainland.