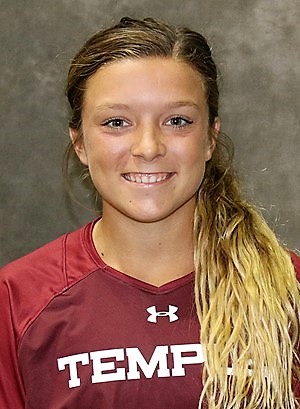 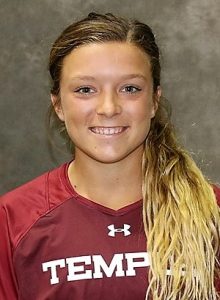 Lower Cape May Regional High School graduate Gabriella McKeown accounted for all of the scoring in the Temple University women’s soccer team’s 2-0 victory over Mt. St. Mary’s on Sunday.

McKeown, a senior, netted both goals in the first half, scoring the first in the 16th minute and the second in the 36th minute. The victory in the non-conference game was the second straight for the Owls (3-3-0 overall).

The goals were McKeown’s first and second of the season.

McKeown, a 2014 graduate of Lower, has been a key contributor at Temple during her entire career. She led the team in goals scored with four and added two assists last season as a junior. She has played in 63 games, with 52 starts.

At the conclusion of her high school career, McKeown held Lower Cape May records for career goals with 90 and goals in a season with 34 during her junior season. She helped the Lady Tigers to a Cape-Atlantic League division title in 2012 and the National Conference championship in 2013.