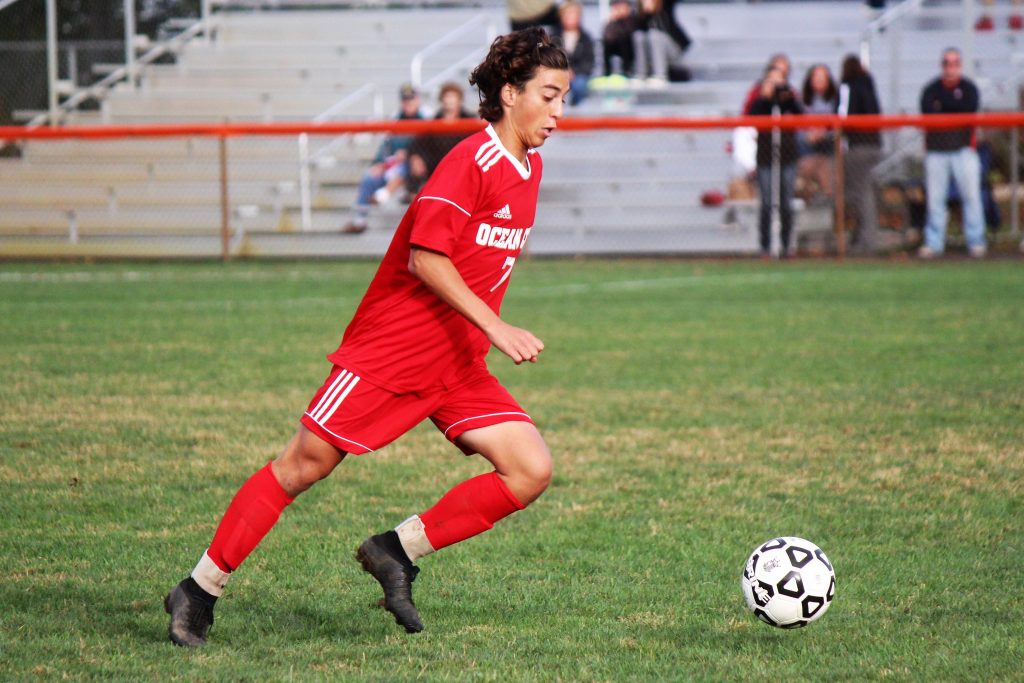 The annual tournament includes the top 16 teams in South Jersey according to the SJSCA’s poll, regardless of enrollment group. The single-elimination tournament essentially crowns a true South Jersey champion.

Ocean City’s teams will play a doubleheader at home on Saturday on the turf field at Carey Stadium. The girls, seeded fifth, will face No. 12 Burlington Township at 1 p.m. The boys, seeded seventh, will play No. 10 Glassboro at 3 p.m.

The winner of the girls game will play No. 4 Cinnaminson or No. 13 Egg Harbor Township in the second round on Monday. Girls semifinal games are scheduled for Wednesday, Oct. 25, at 6 and 8 p.m. at Paul VI High School.

The winner of the boys game will face No. 2 Washington Township or No. 15 Kingsway on Monday or Tuesday. Boys semifinal games are scheduled for Thursday, Oct. 27, at 6 and 8 p.m., also at Paul VI.

The boys and girls championship games are scheduled for Saturday, Oct. 28, at Rowan University at times to be determined.

The Ocean City girls team fell to 12-2 with a 1-0 loss at Clearview in a non-league game Monday. Its only other defeat was to Oakcrest early in the season. Ocean City beat Oakcrest, 1-0, in the teams’ second meeting last week.

The Ocean City boys team entered this week at 10-1-1. Its only loss came in September at the hands of Oakcrest. The Raiders later beat the Falcons in the teams’ second meeting earlier this month. Ironically, the team’s draw came in a non-league game at Glassboro on Oct. 2.