Lower Cape May's Tony Kapurelos takes down an Oakcrest running back for a loss. 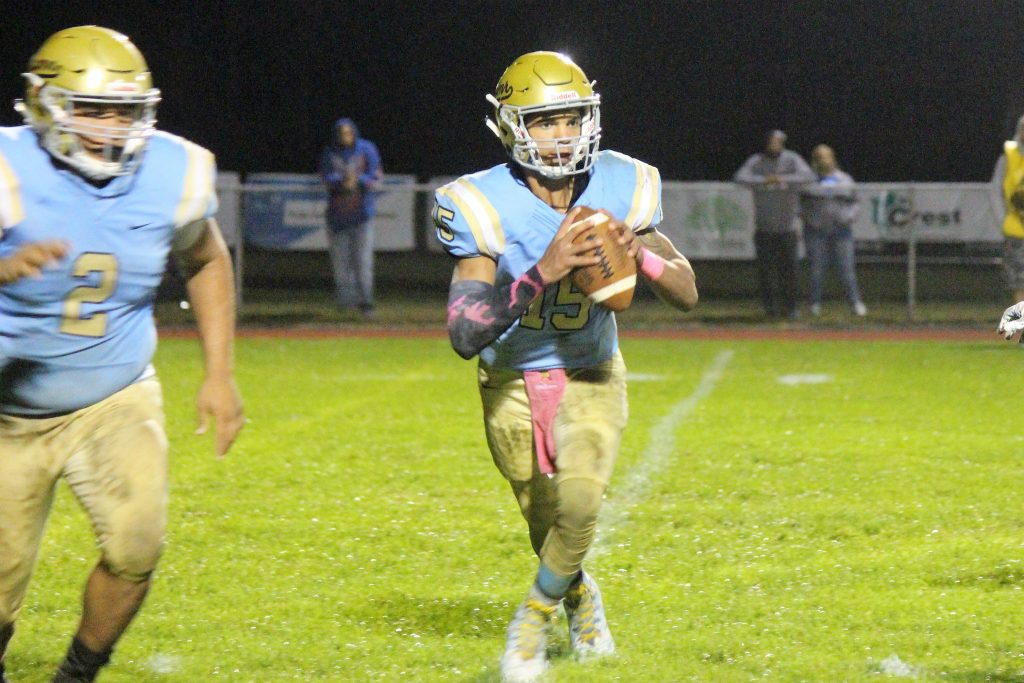 Lower Cape May’s Brennan Ray threw for 107 yards and rushed for another 86 yards and a touchdown in his team’s loss to Oakcrest.

But, ultimately, Oakcrest responded to the Tigers taking their only lead of the game midway through the third quarter by scoring on its next three possessions on its way to a 26-15 victory.

A fumble recovery inside the 10-yard line with five minutes left in the third quarter helped Lower Cape May take a 7-6 lead after a one-yard scoring run by Brennan Ray and an extra-point kick by Matt Hays.

But the Falcons, who earned their first win, used a 25- and 30-yard runs by Keevon Berry and a 15-yard facemask penalty on the Tigers to set up Berry’s two-yard touchdown run with 56 seconds to play in the third quarter to take the lead for good.

“All we ask of our kids is to come out and compete and they really did,” said Lower coach Brian Hindle.

Oakcrest (1-5) put the game away with two more scores in the fourth quarter. Jalen Turney reeled off a 61-yard touchdown run and Jailen Heard finished a short drive by running in from three yards out three plays after the Tigers turned the ball over on downs at their own 23-yard line. 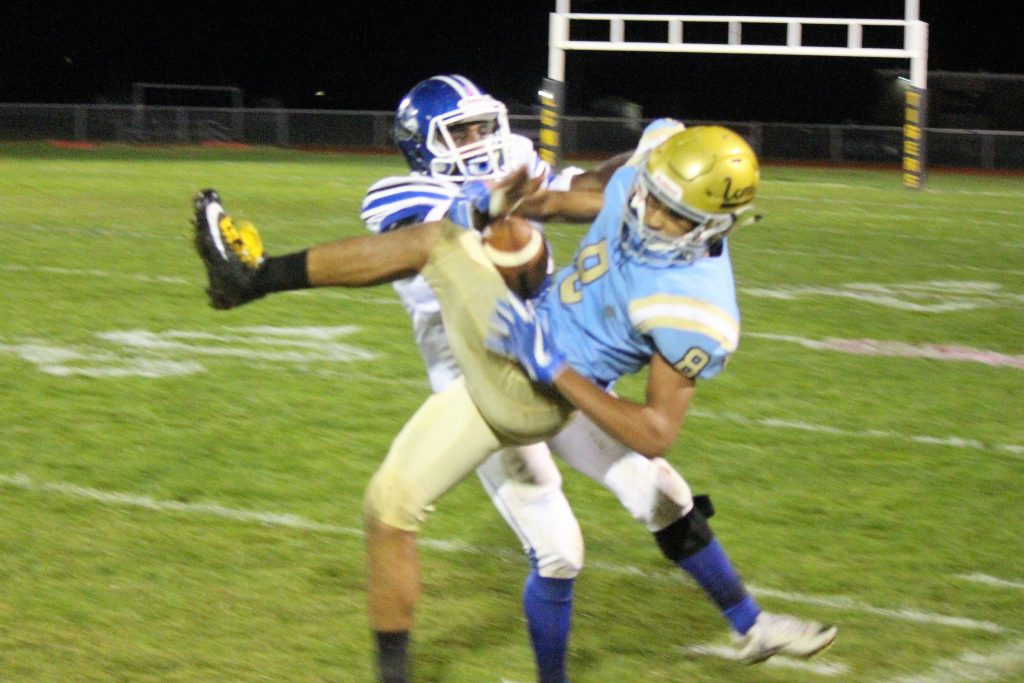 Ray completed three passes on Lower’s next drive to help set up an eight-yard touchdown run by Tony Kapurelos with a minute to play. But Ray was knocked out of the game two plays before the touchdown after getting hit hard at the end of an eight-yard run. Hindle said there was a chance Ray could miss some time.

“Brennan would be a huge loss for us,” Hindle said.

Lower (1-4) recovered an onside kick and got a 19-yard reception by Kapurelos on a pass by Aaron Cottrell but an interception with 14 seconds remaining ended the scoring threat.

“I like how our kids fought all the way to the end,” Hindle said. “But we felt like this was a winnable game and we let it slip through our fingers for sure.” 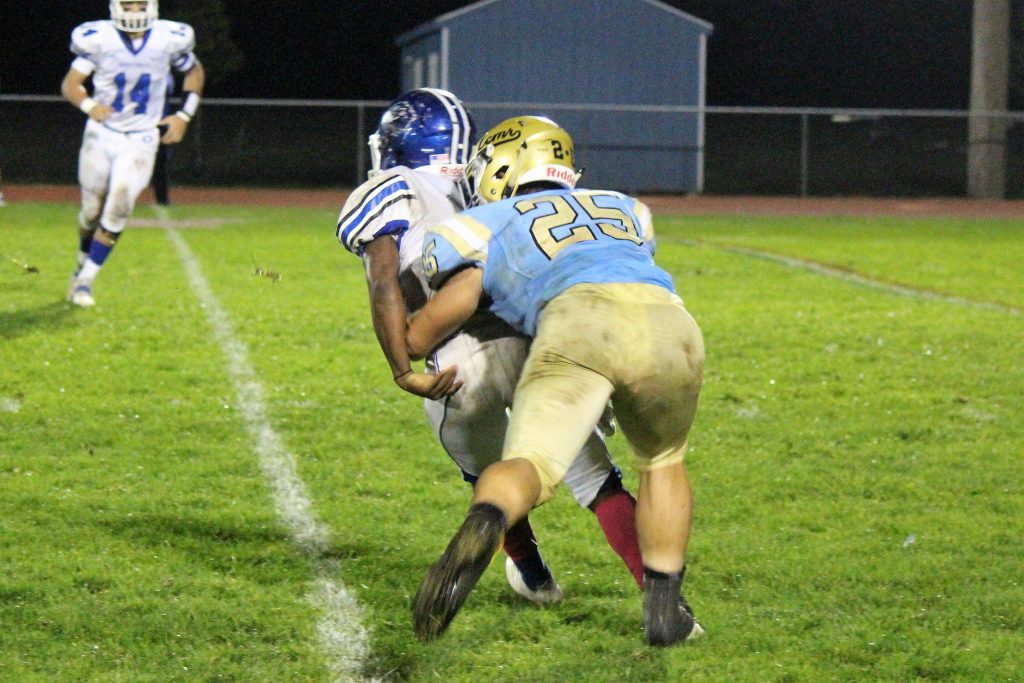 Lower Cape May’s Tony Kapurelos takes down an Oakcrest running back for a loss.

Ray was 7 for 14 for 107 yards through the air and ran 17 times for 86 yards before his late departure. Cottrell added 10 carries for 42 yards. Kapurelos caught three passes for 43 yards and Dominic Bowman and Jake Robb had two catches apiece for 39 yards each.