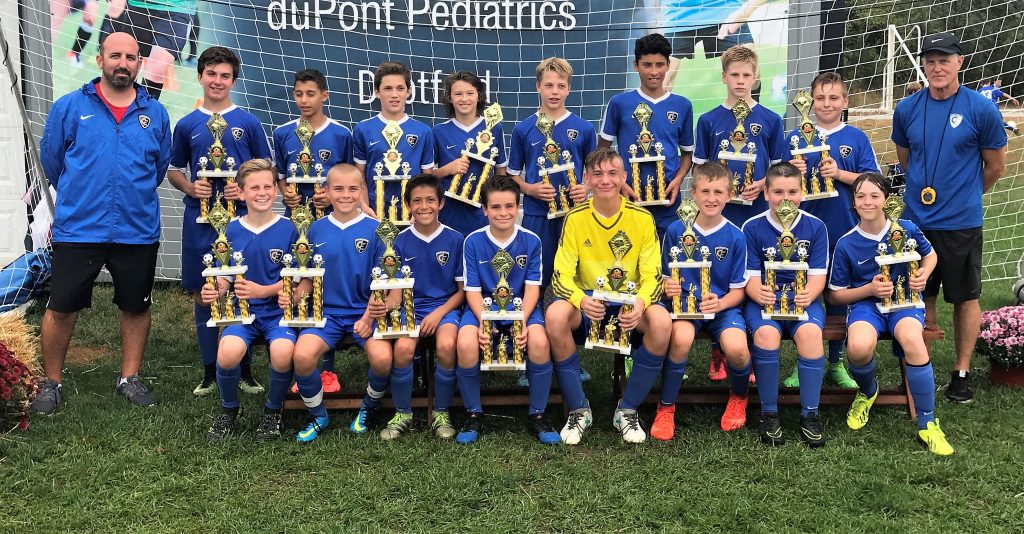 The Cape Express Union U-14 boys soccer team recently captured first place in its division at a tournament in Deptford. The team lost its first game but earned a shutout in its second to reach the final. The Union then rallied from two goals down to post a win in the title game, getting goals from Troy Genero, Anthony Avila, Matt Sgrignioli and Chile Adams.