Ethan Meron of the Upper Township U-13 Surge boys soccer team battles a Franklin Township defender up the sideline as teammates Brandon Argoe and Colin Bowman look on. 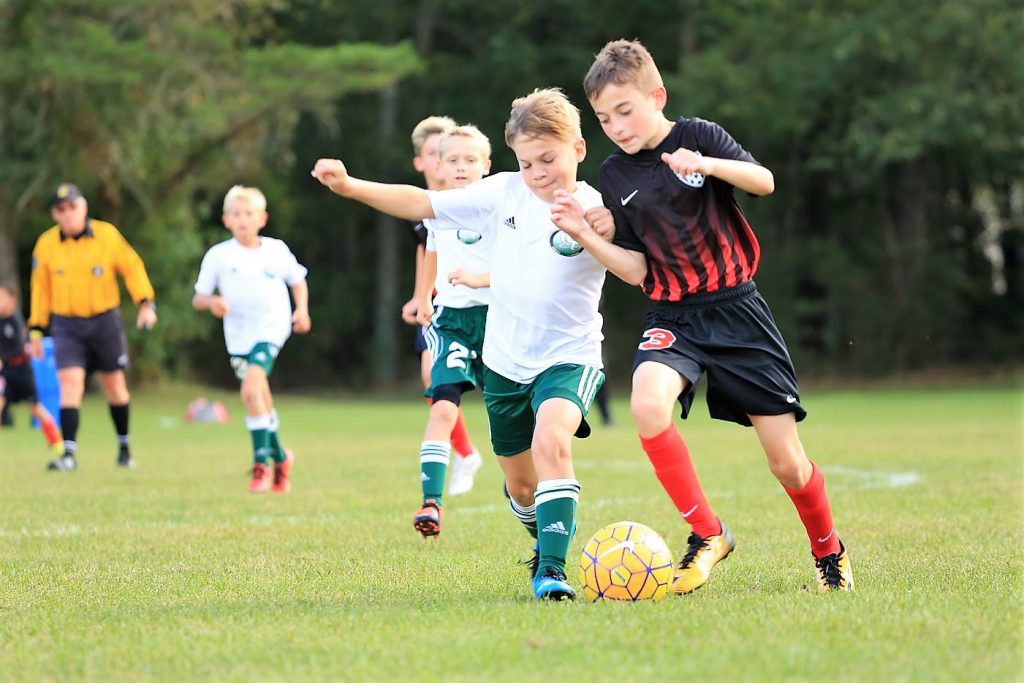 Ethan Meron of the Upper Township U-13 Surge boys soccer team battles a Franklin Township defender up the sideline as teammates Brandon Argoe and Colin Bowman look on.

U-10 Wildfire vs. Haddonfield Black Dawgs: Abbey Cappelletti had a goal and assist and Riley Grawl, Carly Godfrey and Adalyn DeAngelis also scored goals. Constant pressure was applied to the Black Dawgs by wings Thompson Sypherd and Rebecca Siteman, with good support from Molly Quinn, Savanna Rolls and Cece Mirsky.  The defense was led by the tireless trio of Emily Keich, Grawl and Hudson Scola.

U-9 Boys Avalanche vs. EHT Eagles White: Talon Ray and Gabriel Meron were the standout players of the game, showing relentless drive and precise ball control leading the boys to another win. The Avalanche dominated the game with goals from Talon Ray, Caden Schiemer and Dominic Schultz. The Avalanche goal was protected by Chase Wilson and Dominic Schultz, leading to a shutout. Brady Dahms, James Carr and Nolan Servis carried the ball down the field and used every inch of playing space to pass and move the ball. Cooper Marr protected the back field with the big boot sending the ball back up the field to the offense.

U-11 Maple Shade 3, Derechos 1: Upper’s lone goal was scored by Sean Hoag on a great assist from Logan Fearnhead. Outstanding netminders Parker Ramsi and Liam Zintner battled for every loose ball.  Gavin Taylor, Luke Tjoumakaris, Grady Hanson and Jacob Collo shared time on the wings and played well. Mason Raucci and Dylan Wilson tended to the middle of the field with great play-making ability with Brendan Degan as striker. The fearsome defense of Tyler Seeberger, Caleb Servis and Cole Haas played an incredible second half.

U-13 Surge 2, Franklin Township 2: Brandon Argoe and Ryan Weiand each scored goals for the Surge.

U-14 Heat 0, Tar-Kill Thrashers 0: The Heat hosted the Tar-Kill SC Thrashers and played their best game of the season. The back line of Andrew Karayiannis, Paul Tjoumakaris, Mason Romanini, Matt Simone and Patrick Lonergan did not allow many opportunities for the opposing team. Meanwhile, there were many opportunities produced on the offensive side by Aidan O’Kane, Jonny Leap, Jake Myers, Cameron Yoa and Connor Smith, but the Heat could not find the back of the net due to some nice saves by the opposing goal keeper. Titus Bromhead, Buddy Schweibinz, Steve Cozamanis and Andrew Swan also provided good support. Gavin Curran helped provide their first shutout of the season in net.

U-15 Runnemede Giants 3, Hurricanes 1: The lone Upper goal was scored by Lsmbros Koustofoulofis from 30 yards. 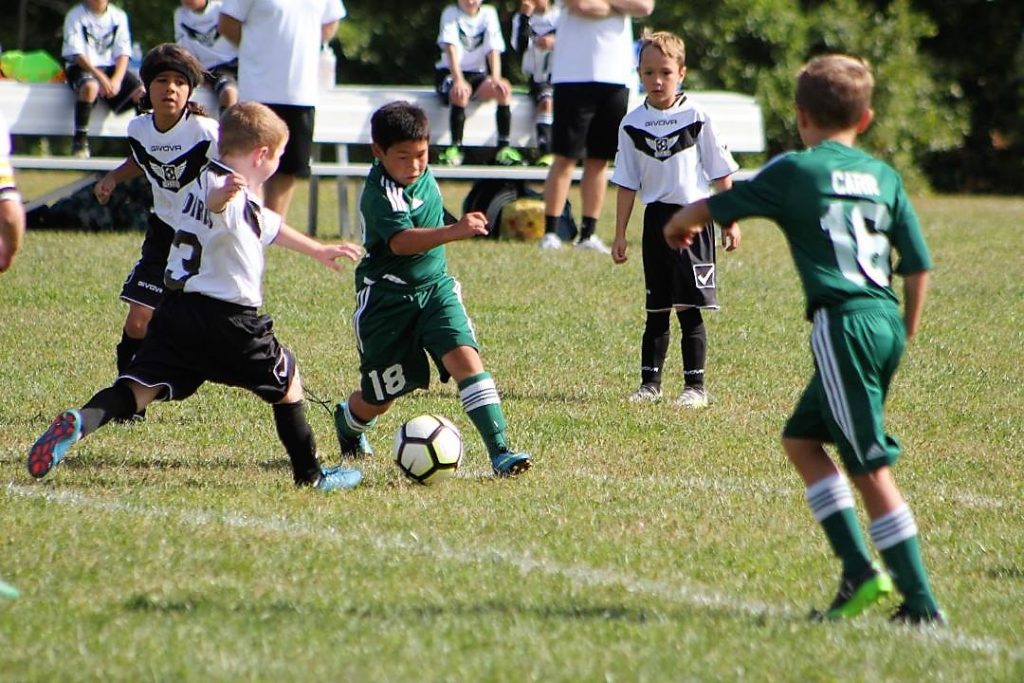 Talon Ray of the Upper Township U-9 Avalanche boys soccer team controls the ball down the field during a game against the EHT Eagles. (photo courtesy Alyson Wilson)