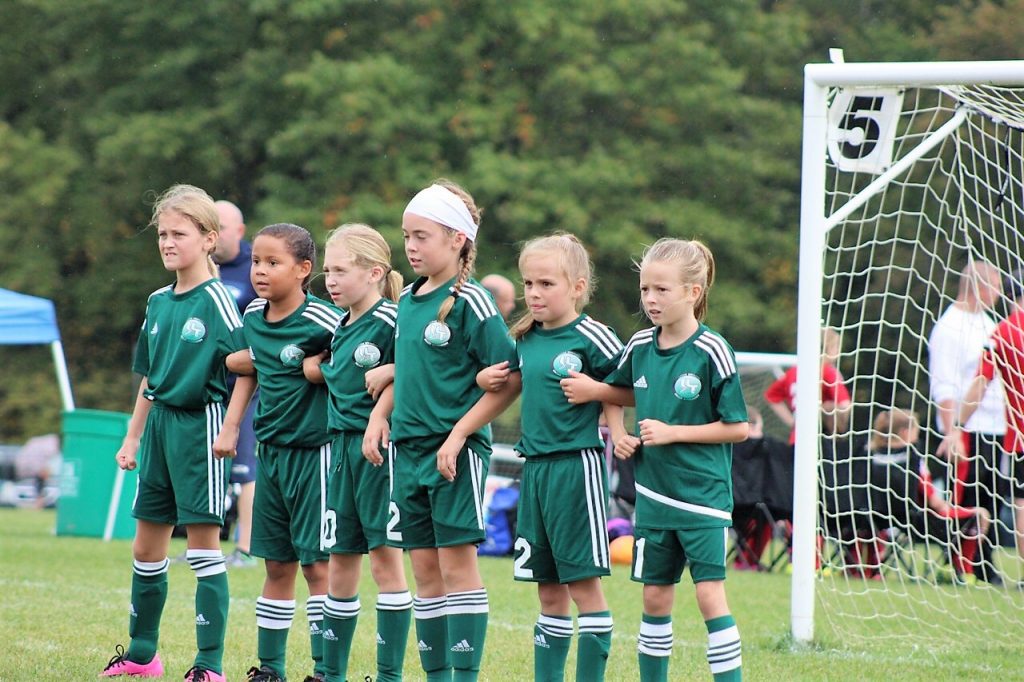 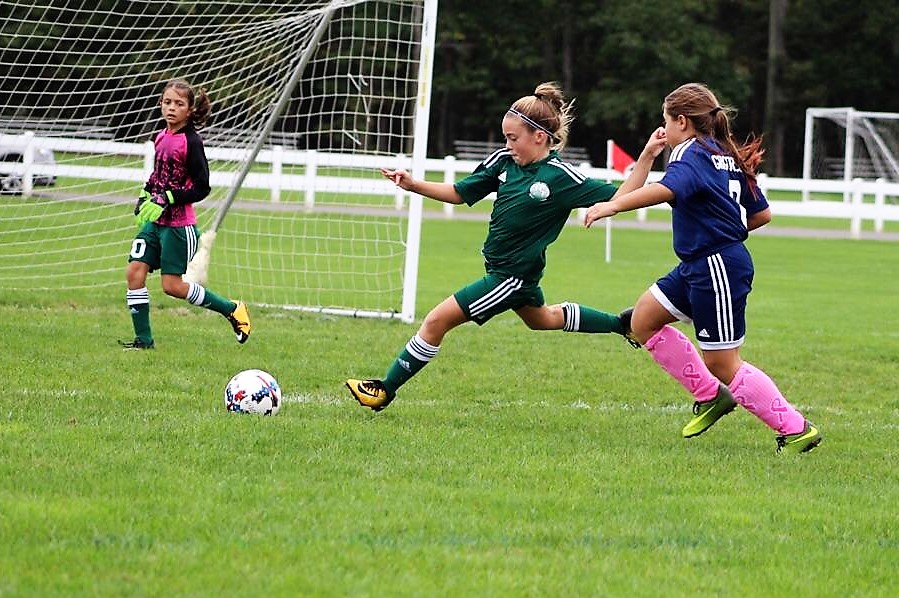 U-11 Tsunamis 5, Hamilton Hobos 0: Maeve Quinn and Shaela Gannon supplied the goalkeeping support with lots of help from the defense of Emily Swan, Gwen O’Hara, Abby Marr, Ella Jefferson and Brooke Liebrand. The offense did a great job of spreading the ball and getting everyone involved. Goals were scored by Maeve Smith. Lilliana Keim, Emily Leonard and two goals by Kaia Ray. Abby Marr and Emily Leonard assisted on two goals each. Lindsey Seeberger, Gianna Vallese and Maeve Quinn controlled the midfield and kept the ball in the offensive third for most of the game.

U-14 Storm 1, Mainland United Razorbacks 1: Gabriella Cotto scored for the Storm from a 25-yard set piece. Paige Noble, Keira Schmidt, Dallys Rhubart and Anna Smith did a great job of keeping pressure on the goalie. Monica Dominguez, K.K. Dolka and Maddie DeNick helped hold a charging Mainland team to only one goal. Tori Vliet had seven saves in the game.

U-8 Avalanche vs. Marlton SC Lighting White: Caden Schiemer started off the offensive attack with a terrific pass from Brady Dahms. The team continued to pepper the Lightning goalie with a shot from Nolan Servis on a great pass from Dominic Schultz. The next goal was shot from Brady Dahms, followed by another from Cooper Marr. Dahms scored again on a pass from Marr to seal the lead. The Lightning came back with two goals to keep the Avalanche from a shutout. Goaltending by Chase Wilson and Schultz led the Avalanche to another win. Dahms and Servis were the standout players of the game with persistent offense leading to two goals each.

U-11 Earthquakes 9, Delran Destroyers 4: Dean Lappin scored a double, Joey Porreca had a long goal from midfield, Triston Schmidt scored four goals in the second half and Joe Goodman finished a penalty. Tighe Olek and Chase Bowman owned the midfield as Eddie Fuller once again come up huge.

U-11 Derechos 2, East Greenwich Hornets 1: Mason Raucci netted both goals, with the game winner coming off a rebound shot by Luke Tjoumakaris. Caleb Servis, Lukas Tuthill and Grady Hanson split time at the wing position and battled for every 50/50 ball. Dylan Wilson, Brendan Degan, and Sean Hoag gave the opposing defense a headache all day long. Not enough can be said about the defensive unit of Jacob Collo, Cole Haas, Tyler Seeberger and Logan Fearnhead, with staunch goal play by Liam Zintner and Parker Ramsi.

U-12 West Deptford Arsenal 4, Monsoon 3: Logan Smith and Michael Carr split goalkeeping duties for the team. Ryan Jasiecki scored a brace for the Monsoon with Sam Ritti chipping in a penalty kick. Solid play by the back line of Sam Scarano, Daniel Beard and Josh Jasiecki kept the game tight.

U-13 Franklin Township 1, Surge 0: The Surge controlled much of the game and hit the post twice but couldn’t find the back of the net. Dan Leiser and Santino Lomas were both excellent splitting time in net. Dusty Laricks, Anthony Videtto, Ryan Shaw and Ethan Guest played a perfect back line, allowing very few shots and only one goal from a free kick. Brandon Argoe had a standout game and was all over the field creating chances.

U-14 Heat 3, Rancocas Valley Thunderbolts 2: Jonny Leap scored three goals, assisted by Dante Edwardi, Cameron Yoa and Aidan O’Kane. Goaltender Matt Simone held on for the win with some nice saves, and Andrew Swan played well up top with a beautiful feed that almost led to a fourth goal late in the game. Andrew Karayiannis had a very good game in the backfield, along with Patrick Lonergan and Mason Romanini. 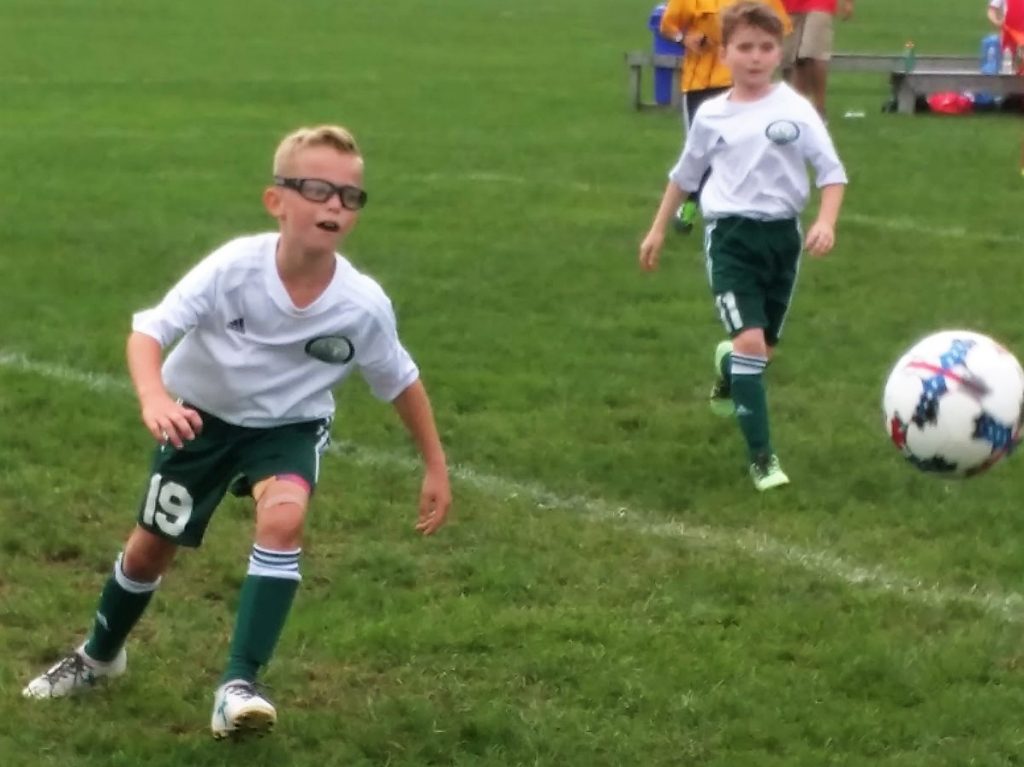 Brady Dahms and Nolan Servis of the Upper Township U-8 Avalanche were standout players of the game, scoring two goals apiece.