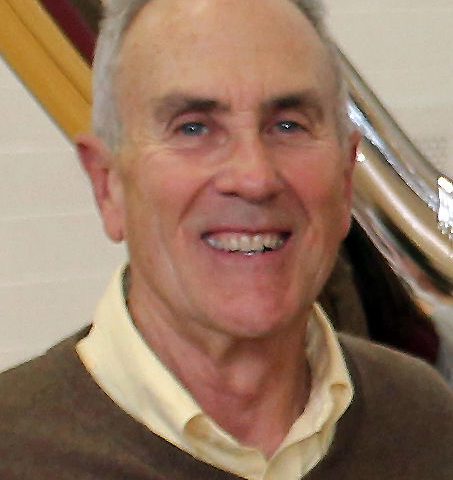 This trip was different, however. It was his last as the school’s longtime girls basketball coach.

Troiano met with school administration and the team’s returning players to inform them he will not return for a 40th season in charge this winter.

It was not an easy experience for him. 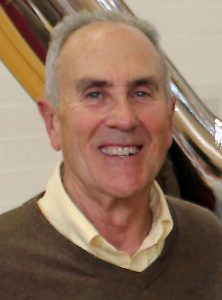 Troiano said he is stepping aside for family reasons.

His resignation is expected to be officially accepted at the Wildwood School District Board of Education’s regular monthly meeting on Wednesday.

“Now that that meeting’s over, I feel at ease with my decision,” Troiano said. “I’m going to miss it for sure. But it’s like my wife (Carol) said to me the other day, I’ve gone from age 31 to age 70 in the same place. That’s crazy when you think about it.

“I’ve thought about this day for a long time. Even though I knew this day would come, there were always going to be some kids I didn’t want to have say goodbye to. I’ve just always enjoyed being around young people. Being around the kids, that’s what really keeps you young. I got a kick out of watching them mature and watching them enjoy their successes.

“I’ve enjoyed it. I’ll miss it a lot but I feel really good about it.”

Troiano, who retired as a history teacher at Wildwood in 2007, is only the fourth girls basketball coach in state history to coach in at least 1,000 career games.

Troiano guided the program to its ninth South Jersey Group I championship, all under his watch, last winter. The Lady Warriors beat Haddon Township in the first-ever South Jersey championship game held in Wildwood’s gym. The team finished the season 24-5 overall.

“I will never forget that gym for the South Jersey final,” Troiano said. “It was something incredible to see. The fan support we had and how excited everyone was … When the game was over, just to see the look on the kids’ faces made it all worthwhile.”

Wildwood appeared in six state championship games under Troiano, winning four (1991, 2000-2002). The 2002 team, led by a pair of Division I college players in 3,000-point scorer Monica Johnson and double-double machine Lana Harshaw, is regarded by many fans as one of the best high school girls basketball teams in Cape May County history.

“I feel like we accomplished a lot over the years,” Troiano said. “I’ve said this before, but more important than the banners in the gym is the kids you hope you’ve positively influenced over the years. To see them come back to a game 10, 20, 25 years later and support you, that means a lot.

“I’ll never forget that first state championship game in ’91. The bus loads of people that went up to Monmouth (University) to support us … and it was the same thing every time we went far in the playoffs.”

Troiano, a member of the Al Carino Basketball Club of South Jersey Hall of Fame, is a native of the Pittsburgh area. He came to Wildwood in the early 1970s and was an assistant boys basketball coach at the school first under Bernie McCracken and later under Mike Coront before taking over the girls program for the 1977-78 season.

The court in the Wildwood High School gymnasium is named for both Troiano and McCracken.

“I’ve had so many good things happen to me, so many that people can only dream about it,” said Troiano, who also previously served two different stints as the school’s softball coach. “All the people that have been here and done great things at Wildwood since this school opened, there are two people whose names are on the court and I’m one of them. That’s very humbling.

“I can’t tell you how much I appreciated the community support we’ve gotten. There is nothing in sports like small-town sports and there’s nothing like Wildwood High School. I’m happy that we were able to put little old Wildwood on the map, so to speak.”

Troiano is considered an icon at Wildwood High School. In addition to his duties as girls basketball coach, he has also been the longtime president of the school’s Warrior 50 Booster club, which raises money for scholarships for graduating senior student-athletes at the school. He’s also one of the key members of the committee that organizes the Boardwalk Basketball Classic holiday tournament at the Wildwoods Convention Center each year. Troiano said he intends to continue in both posts.

“I’ll continue to be a supporter of the school for a long time,” Troiano said, his voice cracking with emotion. “That’ll be until I don’t breathe anymore.”