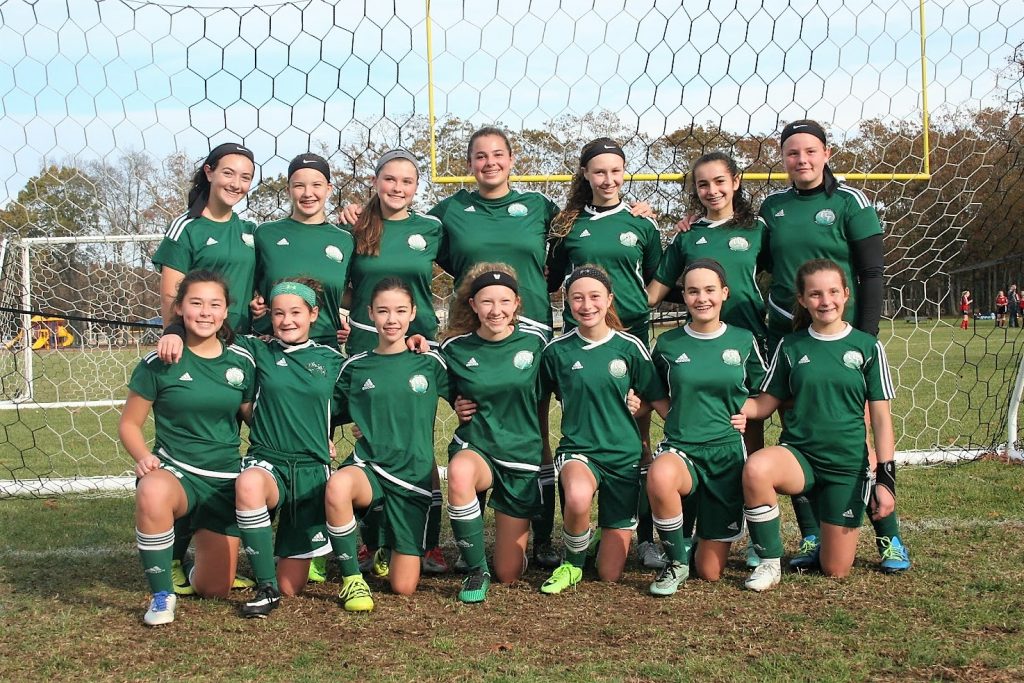 U-10 Wildfire vs. Clayton Clippers: Carly Godfrey, Adalyn DeAngelis and Abbey Cappelletti each scored a goal and Molly Quinn added an assist to lead the offense. Thompson Sypherd, Rebecca Siteman, Savanna Rolls and Cece Mirsky kept pressure on the Clayton defense throughout the afternoon. Hudson Scola, Riley Grawl, and Emily Keich were tenacious on defense, and Quinn and DeAngelis made several great saves when tested.

U-11 Tsunamis 2, Pittsgrove Puppies 1: Kaia Ray finished the season strong in goal after an injury earlier in the season. The Tsunami goals were scored by Liliana Keim on a beautiful cross from Maeve Smith and a put-back goal by Brooke Liebrand on an amazing corner kick by Shaela Gannon that sealed the victory for the Tsunamis. The crew of Lindsey Seeberger, Maeve Quinn, Gianna Vallese, Ella Jefferson and Emily Leonard continued to control the game with strong midfield play. Emily Swan, Abby Marr and Gwen O’Hara continued to dominate the back line and support Ray in goal. The Tsunamis ended the fall season at 6-3-1.

U-12 Wave 2, East Greenwich Black Stars 0: Continuous peppering of the East Greenwich Keeper by several Wave players, including Julia Keich, McKenna Chisholm, Millinda Marigliano, Taylor Amstutz, Ashley Rhodes and Zoey Lappin, allowed 2 balls to hit the back of the net, which secured the game in the first half of play. Wave keepers Hannah Cappelletti and Anna McCabe recorded yet another complete game shutout with the assistance of defenders Tyler Connell, Madison Rossetti, Corinne Williams who only allow a few shots by East Greenwich.  Midfield play by Charlotte Risley, Anna Delaney, Laniey Mackin, Malia Dahms and Maddie Pratt allowed the Wave to control 90 percent of the game’s possession. The Wave ended the fall with a 6-2-1 record.

U-14 Storm 3, Millville Storm 0: Alayna Degan put UTSA Storm on the board first with a solo blast in the net, followed by Maddie DeNick scoring next off an assist from Paige Noble. Anna Smith sealed the deal in the second half by scoring off Noble’s corner kick. Victoria Parks and Maddy Burnett helped with constant pressure on Millville’s defense. The Upper defense of Gabby Cotto, K.K. Dolka, Maddie D. and Monica Dominguez was outstanding. Goalkeeper Tori Vliet logged the shutout with 10 saves.

U-14 Storm 3, Mainland Razorbacks 1: Mainland started the game off with a goal midway through the first half that was quickly equaled when Hailey Whilden put the ball in the net for Upper just before the end of the half. The Storm came out strong in the second half with Gabby Cotto scoring, assisted by Madison Garreffi.  Keira Schmidt put the final goal in for Upper off of a great pass by Cotto.  Dallys Rhubart, Cheryl Connell and Alina Karayiannis handled the ball well and offered multiple scoring opportunities during the game. The Storm ended the season at 4-3-3, finishing 3rd in the SJGSL’s U-14 Flight 3.

U-15 Cyclones 7, Cinnaminson Fighters 1: The Cyclones captured the division title of the South Jersey Girls Soccer League. This title marks the team’s second consecutive championship and fourth overall. The Cyclones scored 39 goals on the season while only allowing 11. 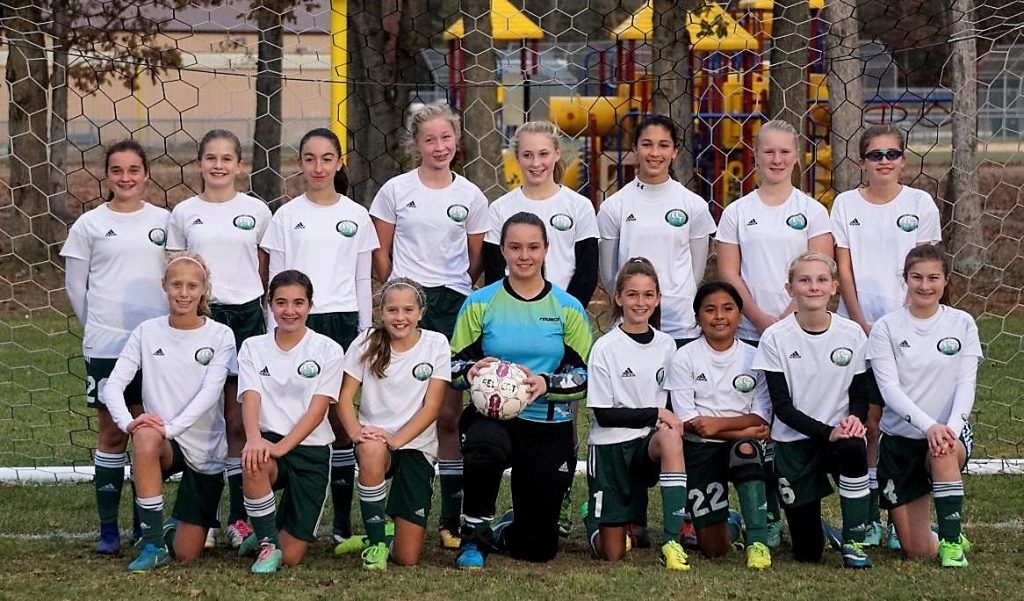 U-10 Riptides vs. Cherry Hill Crusaders: The Riptides sealed a flight win after their game Sunday. Ryan Bacon did a stellar job in goal and Luke Wildman had two great assists to John Godfrey and Bryce Wilson, who both scored down the middle of the Crusaders defense. Will Law also assisted another goal by John Godfrey. Jacob Holzer, Gregory Guyon, Bryce Wilson, Dominic Vallese and Quinn Olek split time at defense and held off an aggressive Crusader offense. Jack Wilson and Jude Law helped maneuver the ball through the midfield.

U-11 East Greenwich Hornets 6, Derechos 1: The lone goal on offense was scored by Gavin Taylor. The Derechos played an outstanding first half, blocking many shots on goal and holding the Hornets to a 1-0 lead. The second half was a much different story as the Derechos were unable to stave off a barrage of shots on net and were unable to challenge the Hornets in the offensive zone.

U-12 Monsoons 4, West Deptford Arsenal 2: Solid play was provided by Sam Ritti, Max McCoy, Brendan Geary, Michael Carr, and Ryan Jasiecki.  Goals were scored by Nolan O’Kane, Kieran Bender, Ryan Jasiecki, and Caleb Aristizabel. The two wins put the unbeaten Monsoon in first place in the flight and guarantee the team at least a share of the top spot.

U-14 Heat 3, Rancocas Valley Thunderbolts 0: The scoring opened with Cameron Yoa blasting one into the net off a cross by Jonny Leap. Andrew Swan then redirected a corner kick from Leap to make it 2-0. In the second half, Matt Simone put the game away with a goal from another cross from Leap. The back line of Pat Lonergan, Paul Tjoumakaris, Andrew Karayiannis and Mason Romanini played solid, while Aidan O’Kane and Connor Smith controlled the midfield. Gavin Curran posted his second shutout of the season. 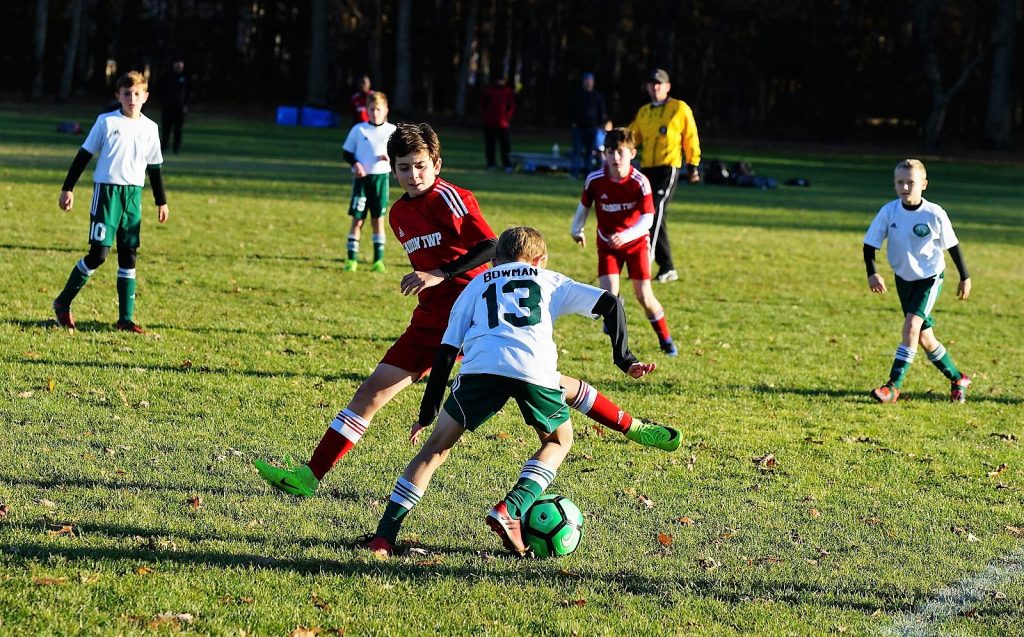