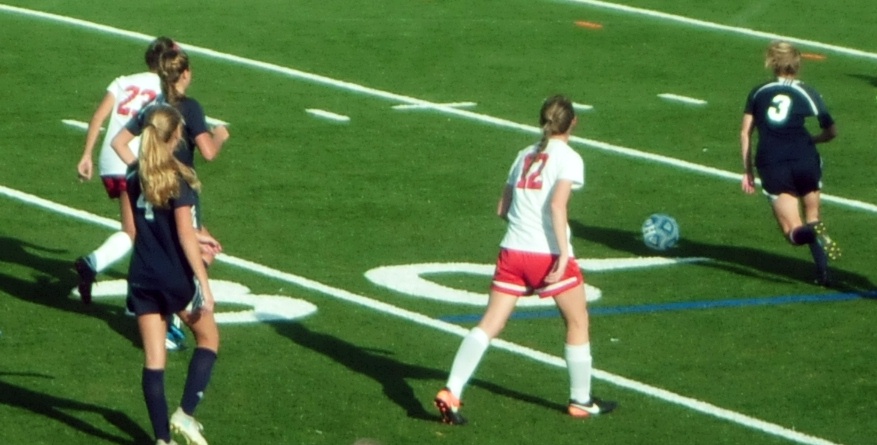 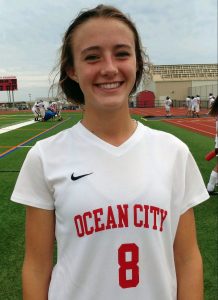 When Ocean City High School’s girls soccer team saw Tori Rolls, its leading scorer the last two years, go down in the season opener with a broken collarbone there was concern about what type of season they could have.

Well, they won the Cape-Atlantic League’s National Conference and were invited to the South Jersey Coaches Tournament. Then today, at the start of the second NJSIAA Championship Week for OCHS, the Raiders defeated Lacey Township, 2-0, to reach the South Jersey Group 3 championship game for the first time in 13 years. The win also improved the OCHS record to 19-3, tying the school mark for most victories in one season.

NJSIAA Week 2 continues tomorrow when Aaron Bogushefsky’s boys soccer team (17-2-1) will host Hammonton (2pm) at Carey Stadium in another South Jersey semifinal. The winner of that game will play either Mainland or Pinelands on Friday in the South Jersey final. Like the girls, the Ocean City boys are the No. 1 seed so they would host that championship game if they get there. OCHS has won 10 South Jersey titles in boys soccer, the last one in 2014.

Also on Friday, the Raider football team (6-2) will travel to Delsea (6-3) for a first round game in the NJSIAA South Jersey Group 3 playoffs. The game in Franklinville will kick off at 7 p.m.

Then, on Saturday, Ocean City’s cross country teams will run in the NJSIAA State Group 3 Meet in Holmdel Park. The girls won their ninth South Jersey title over the weekend and the boys finished fourth. The top five teams in each section qualify for the state meet. Ocean City’s girls have won one state championship – in 1988. The boys have never won a state title.

This afternoon Ocean City and Lacey Township battled each other on equal terms for about 37 minutes before freshman Paige Panico (above) weaved through the Lions’ defense for an unassisted goal, her sixth of the season. That score held up until midway through the second half when Panico, advancing the ball down the right side, found freshman Faith Slimmer slicing down the middle and Slimmer drilled her shot home. The goal was Slimmer’s 21st of the year, tops on the team. The assist was Panico’s eighth, tied for the team lead.

Panico talks about the two goals, below, in an exclusive interview.

Sophomore Abby Fenton kept Lacey off the scoreboard with six saves, including one diving save and another leaping deflection that were exceptional. Fenton has not been scored upon in the Group 3 Tournament and her 15 shutouts this year broke the old school record of 13 set by Brittany Cates in 1995.

Cherry Hill West is 9-7-5 this year and defeated No. 3 seed Delsea, 1-0, today in the other semifinal. The Lions, seeded 10th in South Jersey Group 3, upset No. 2 seed Mainland, 2-1, in overtime in the quarterfinals. They finished third behind Bishop Eustace and Paul VI in the National Division of the Olympic Conference. Like Ocean City, they have key freshmen in their lineup, including keeper Michela Auguadro, who has 180 saves this year. West’s leading scorer, sophomore Katrina Vyzaniaris, has six goals this year.