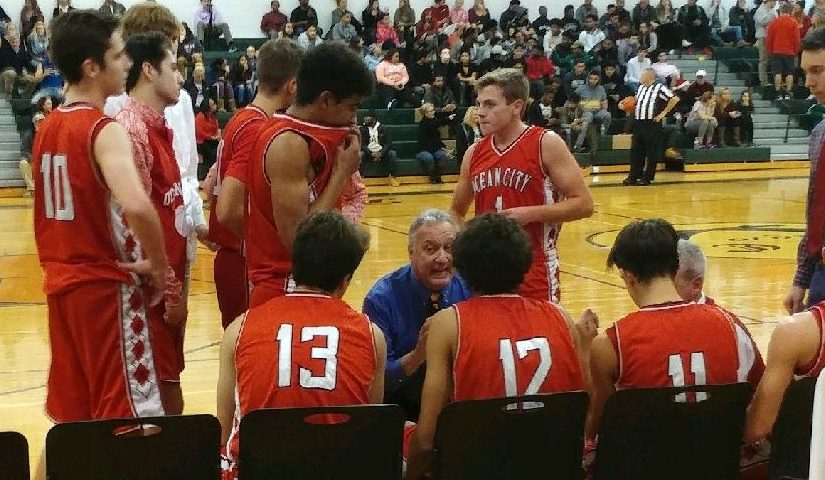 Robertson, fresh off an all star football season, came off the bench to score his 17 points in less than 15 minutes. He added three rebounds, three steals and two assists.

The Raiders (2-1), who struggled in the first quarter of both of their first two games, came out firing tonight, opening a 21-10 lead. Ocean City pressured the Pirates into 37 turnovers and had its biggest lead – 22 points – midway through the third quarter.

Boys coach John Bruno talks about his team, below.