County teams compete in Battle at the Boards

WILDWOOD – Six of the eight games at the Boardwalk Basketball Classic’s Battle at the Boards showcase event at the Wildwoods Convention Center on Saturday involved Cape May County teams. The following is a recap of those contests:

Ocean City 56, Burlington City 50: Despite the loss of leading scorer Tom Jamison due to injury early in the game, the Raiders used balanced scoring to defeat the defending Central Jersey Group I champions. Donovan Graham, Luke Varallo and Issac Robertson each netted 13 points for Ocean City (3-1), which never trailed in the game. The Raiders shot 7 for 16 on three-point shots, with six different players making at least one shot from that distance. D’Andre Thurmond tallied 21 points and 14 rebounds for Burlington City.

Wildwood Catholic 77, Wildwood 47: The Crusaders (4-0) raced out to a 19-3 lead after one quarter and never looked back in the Andrew Alameno Boys Island Championship Game. Wildwood Catholic shot a sizzling 60.3 percent (35 for 58) from the floor and scored an incredible 66 of its 77 points in the paint. Charles Fields (16), Caleb Fields (15), Taj Thweatt (12) and Matt Capozzoli (10) all scored in double figures for the Crusaders. Tyler Tomlin netted 19 points and Kyion Flanders added 12 points for Wildwood (1-3).

Wildwood 42, Lower Cape May 34: Wildwood rallied back from a five-point second-quarter deficit through its defense, holding the Lady Tigers to only two points over the first 13 ½ minutes of the second half. Maddie McCracken accounted for 24 points, eight rebounds and four steals and Tracey Young made all three of her shot attempts in adding six points to go with eight rebounds for Wildwood (2-1). Olivia Levin scored 12 of her 16 points in the first half and Tayanis Torres added 10 points for Lower (0-3).

Atlantic City 42, Middle Township 39: Middle Township out scored the Vikings 30-19 over the middle two quarters but Atlantic City rallied with a 13-4 run in the fourth quarter to gain the victory. Middle had a chance to tie late but a three-point try missed with four seconds to play. Kira Sides led all scorers with 17 points and Victoria London added 11 points for Middle (1-3). Syra Bass had 10 points for Atlantic City. 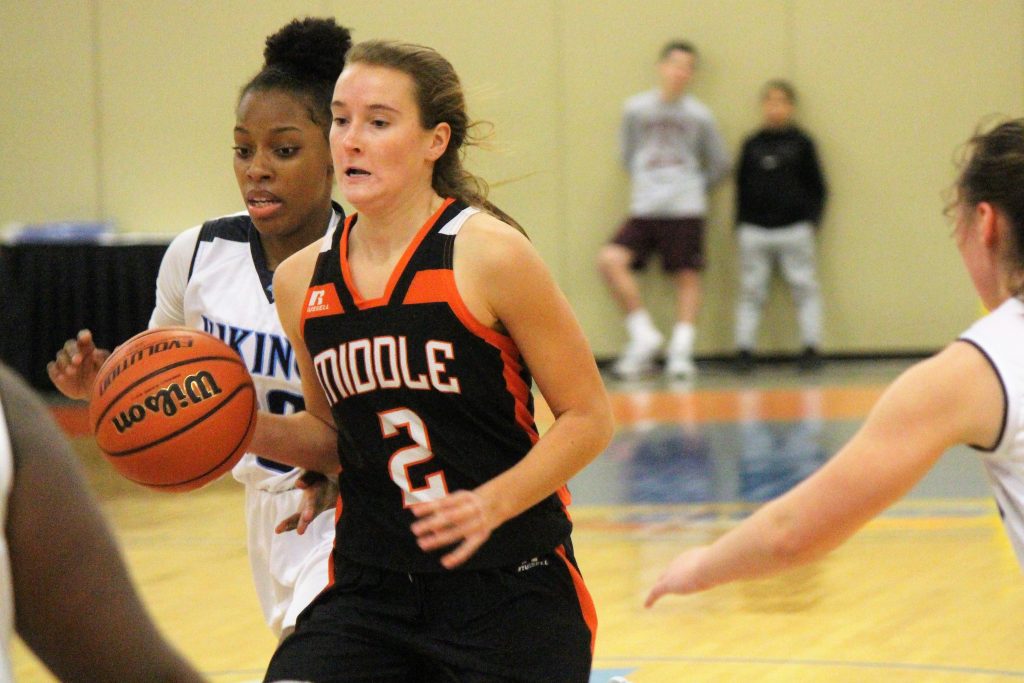