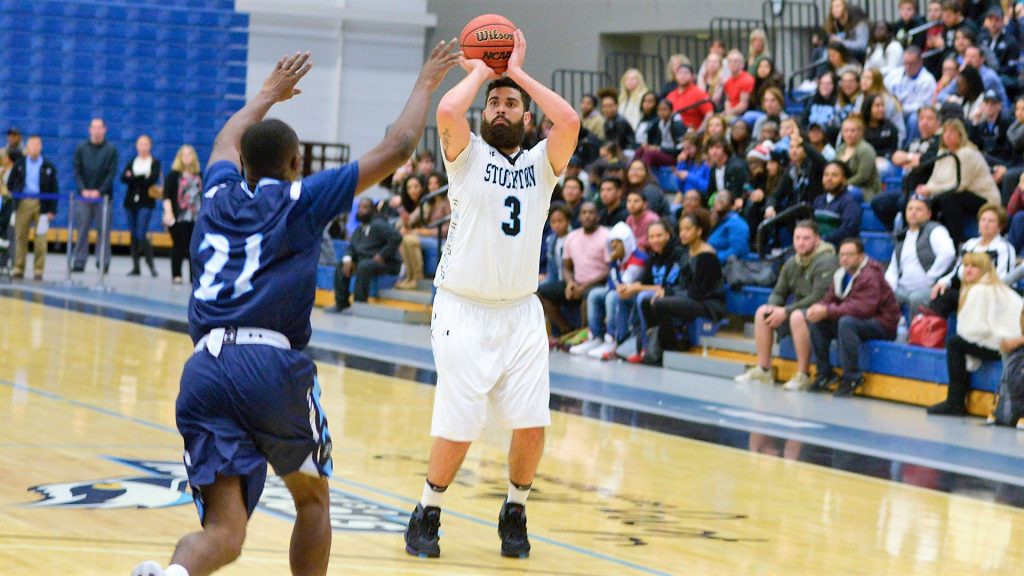 Harmon, a senior forward, became the 30th player in program history to reach 1,000 career points when he surpassed the mark in an 85-77 victory over William Paterson University on Saturday.

Harmon scored a game-high 25 points, shooting 9 for 21 from the floor overall and 6 for 15 on three-point attempts. He also had a game-best nine rebounds in the contest. He made a three-pointer with nine minutes remaining in the game to reach the 1,000-point milestone.

The game was Stockton’s last during the school’s fall semester. Harmon, who briefly attended Caldwell College and also attended Atlantic Cape Community College before enrolling at Stockton, had just one semester of playing eligibility remaining going into this scholastic year, according to a media report. He thus cannot play in any more games for the program now that Stockton’s fall academic semester has ended.

Stockton entered this week at 6-4 overall, 2-3 in the New Jersey Athletic Conference.