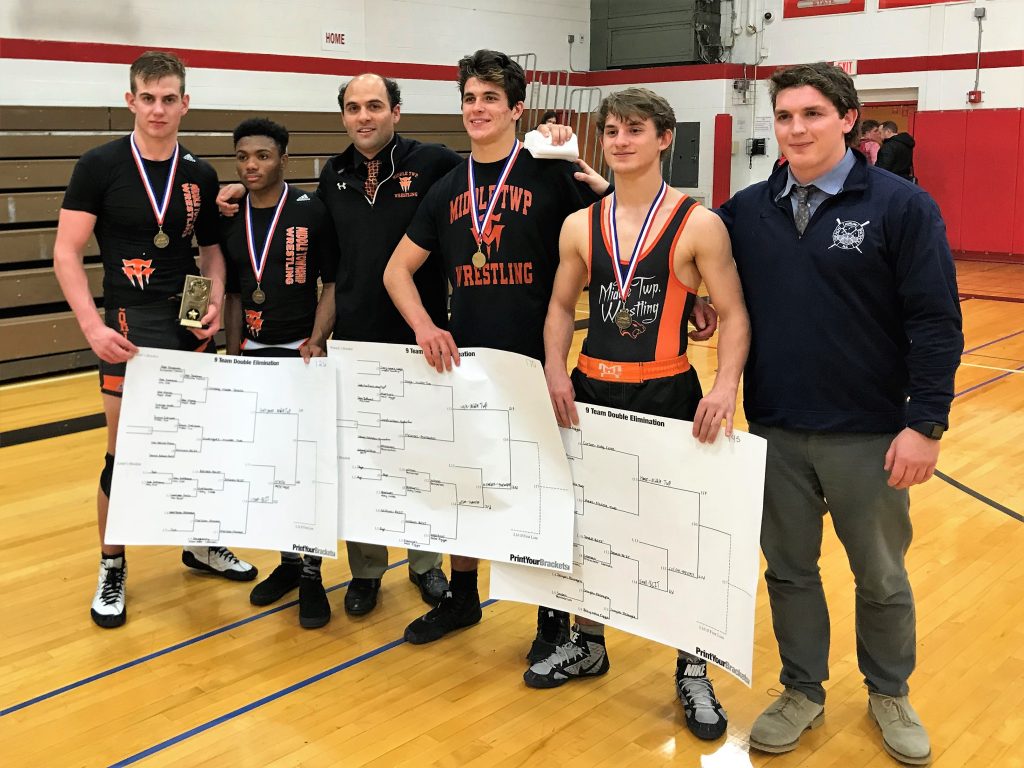 Coach Matt Wolf thought this season’s version of the Middle Township High School wrestling team had a chance to be one of the best in program history.

Middle senior Austin Cominsky took home the tournament’s Most Outstanding Wrestler Award after winning the title at 195 pounds. He won by a 15-5 major decision in the championship bout over Pemberton’s Alex Cawley, a state qualifier last year.

Romeo Rodriguez (126), Carson Haas (145) and Gary Nagle (170) also won individual championships for Middle. It was the second tournament titles this season for Rodriguez, Nagle and Cominsky, who also won their weight classes at the George Maier Invitational at Haddon Heights on Dec. 16.

The team championship is just the second in program history at an in-season tournament. Middle’s only other team title came at the Buc Classic at Red Bank Regional High School in 2013.