Maddie McCracken of Wildwood is the CoastSportsToday.com Cape May County high school girls basketball Player of the Year. 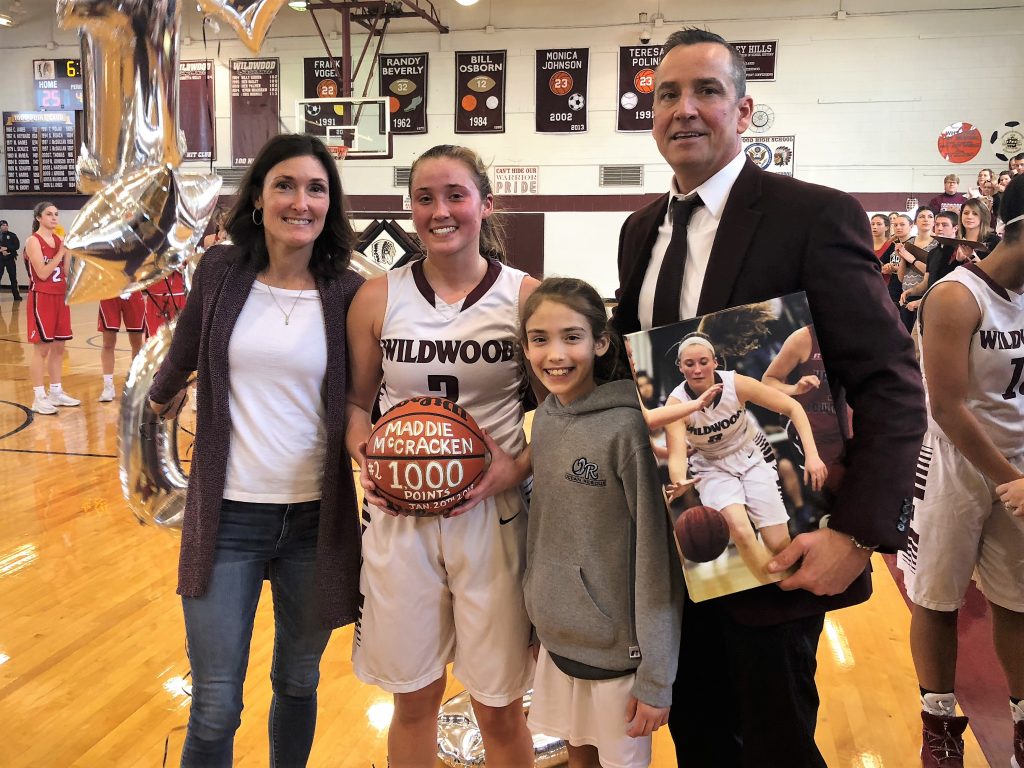 After scoring her 1,000th career point, Maddie McCracken is joined by her mother, Liz, sister Macie, and father, Scott.

WILDWOOD – The Wildwood High School girls basketball team couldn’t celebrate the result of its game Saturday against Jenkintown (Pa.). But the Lady Warriors were able to revel in an individual accomplishment.

Junior Maddie McCracken scored the 1,000th point of her career in a 56-28 loss, reaching the milestone on a free throw in the fourth quarter.

Jenkintown, despite having less than 70 girls in its entire school, is one of the top small-school teams in Pennsylvania. The Drakes returned back many of its players from last season’s team, which lost by a point to Wildwood to break a 13-game winning streak to start the season.

On Saturday, Jenkintown (14-0) led by 16 points at the half and pulled away over the late stages of the third quarter.

McCracken had just seven points at the half but heated up in the third quarter to pull within a point of the milestone before reaching it with her free throw early in the fourth quarter. She finished with 20 points for the game and exactly 1,000 for her career.

McCracken joins her older sister, Mackenzie, as a 1,000-point scorer at Wildwood. Mackenzie finished her high school career last season with 1,896 points and is now playing college basketball at Widener.