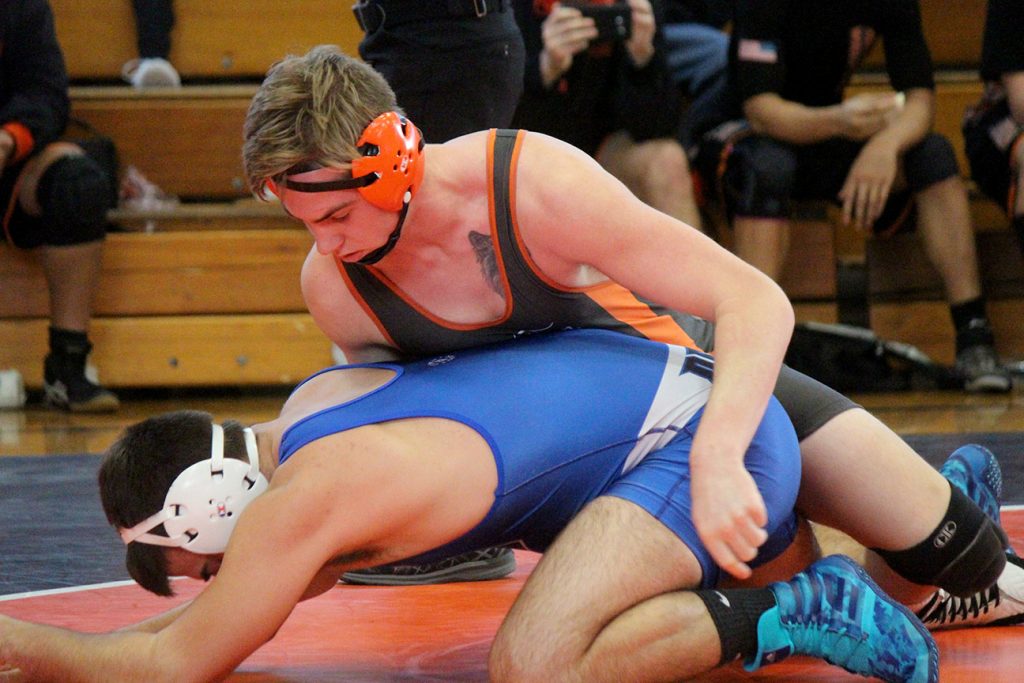 Middle Township’s Austin Cominsky is in control against Hammonton at 195 pounds.

CAPE MAY COURT HOUSE – The Middle Township High School wrestling team forfeited five weight classes in each of its three matches against Mainland, Vineland and Hammonton on Saturday.

The results left the Panthers at 9-2 going into this week, which includes matches with Schalick on Monday, rival Lower Cape May on Wednesday and Gloucester Catholic on Saturday.

The forfeits have come as a result of injuries or simply not having wrestlers available for certain weight classes.

“I don’t like to lose to anybody, but Hammonton’s good year in and year out and out of the nine matches that were held we won five of them, and in the other matches we won seven out of the nine,” Middle Township coach Matt Wolf said. “There are 14 weight classes and you figure a lot of times you’re going to need to win eight of them to win the meet. Right now we only have nine guys on the mat so there’s not a lot of room for error. But the kids haven’t blinked and they’re coming up with results. I don’t know how long we can keep it going but right now they’re doing well.”

Nagle and Cominsky are also approaching the program record for career victories of 88 set by 2009 graduate Chris White. Nagle enters this week with 84 career wins, Cominsky 81. Both could also challenge to become the first 100-win wrestlers in program history.

Wolf said he hopes to get Cole Miller and Carson Haas back into the lineup soon. Both are recovering from injuries.

With its nine wins in its first 11 matches, Middle is in position to challenge for the best dual match record in program history. The 2005-06 team went 15-7 and holds program marks for most wins and best winning percentage (.681).

“I thought we could be here with this kind of record but I’m a little surprised at how we’re here,” Wolf said. “If you told me the number of injuries we’ve dealt with and that we’d be forfeiting five weight class and still be 9-2 … I knew we had a couple of really talented kids and a really good practice room. You don’t go looking at your schedule before the season and try to add up how many wins you think you’re going to get but I was pretty confident we could have a pretty good year.”

Middle has a chance to qualify for the South Jersey Group II team playoffs, something the program has never accomplished. The team entered Saturday’s quad in seventh place in power points. The top eight qualify.

“This weekend (against Hammonton, Mainland and Vineland) will help because we did well against some bigger schools but this is a big week coming up for us,” Wolf said. “Power points are a tricky thing and sometimes they’re hard to figure out. We need to just go out and wrestle and however it comes out, it comes out. But we have a chance to make it if we have a good week this week.” 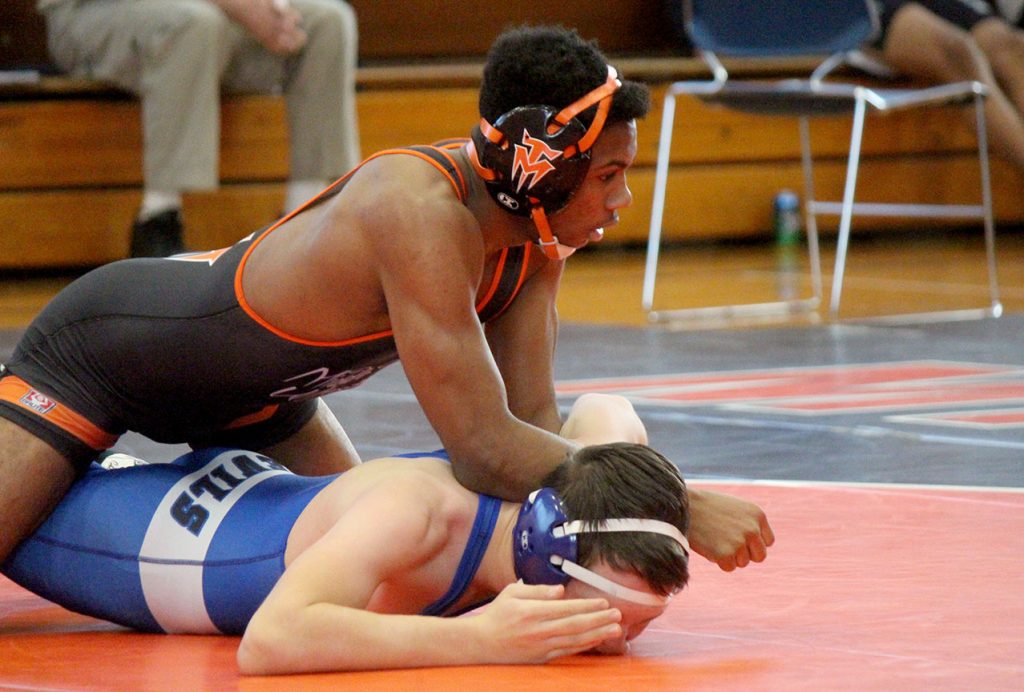 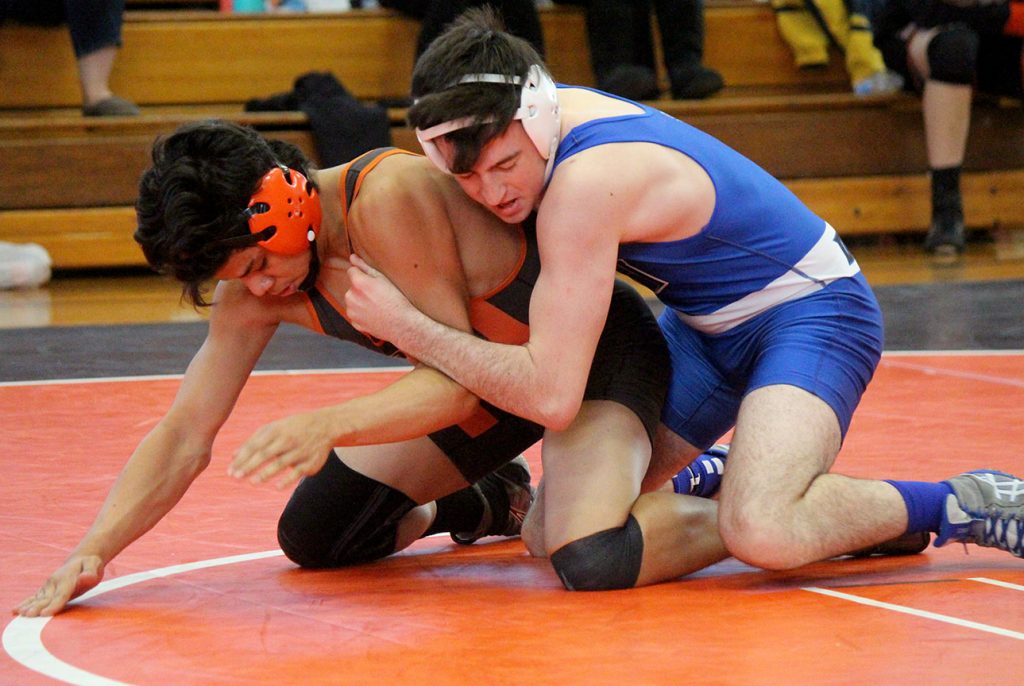 Middle Township’s Gavin Gomez (left) enters this week at 12-10 on the season.