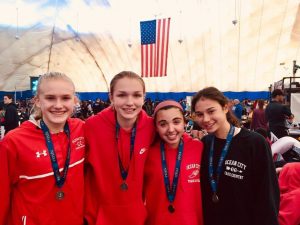 Three other OCHS teams also scored by finishing in the top six.

The OCHS indoor track team will be back in action on Friday at the Bill Reid Memorial Invitational Meet in Jersey City.