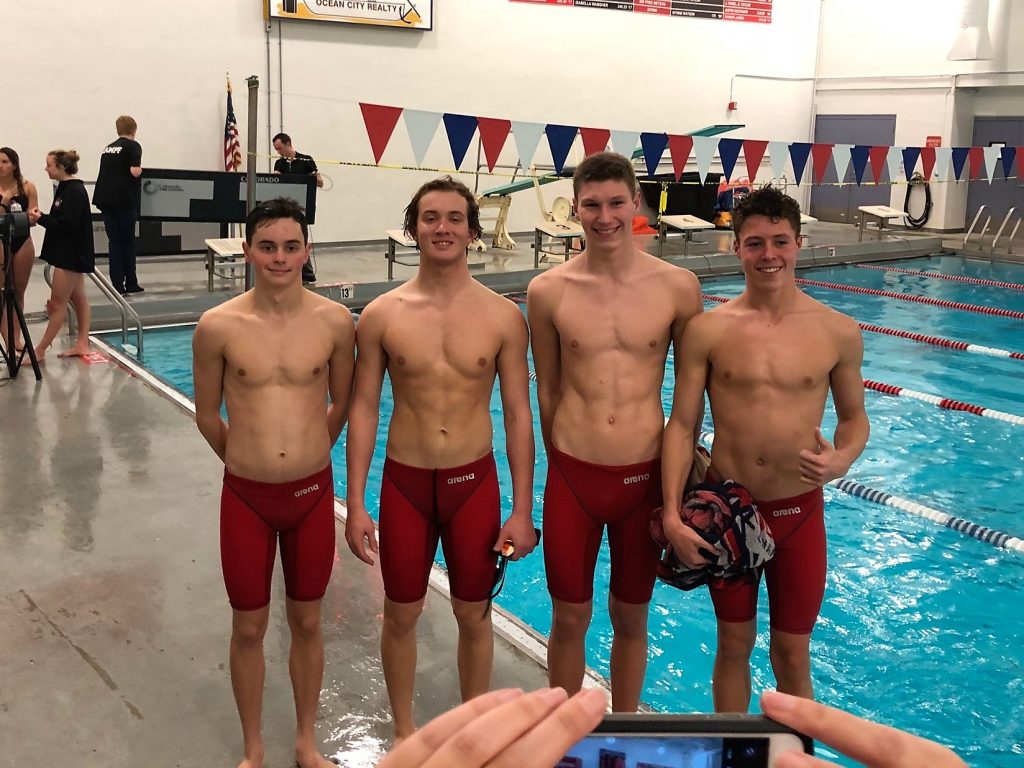 The Raiders’ Steve Gooden, Ben Wiley, Matt DiMarino and Nate Hays combined to post a new record time of 3 minutes, 51.07 seconds, in the 400 freestyle relay to highlight the team’s 112-58 win over Vineland Tuesday.

Hays, who also set two individual records earlier this season, and DiMarino led the Raiders in the victory as each posted four first-place finishes. Hays was first in the 200 IM and 100 breaststroke, while DiMarino won the 100 butterfly and 100 backstroke. They both also joined Gooden and Brian Walsh for victory in the 200 medley relay.

On the girls side, Ocean City posted a 114-56 win over Vineland.

Maggie Wallace, Ryann Styer, Claudia Scherbin and Andrea Teofanova each won an individual event and were part of two relay victories for the Raiders. Wallace took the 200 IM, Scherbin won the 50 freestyle, Styer was first in the 100 freestyle and Teofanova claimed first in the 500 freestyle.