The NJSIAA begins its 99th high school basketball tournament tonight. Things have changed a lot since the organization was formed in 1908. But one thing is the same – there will be lots of excitement.

Three prominent area radio play-by-play broadcasters were asked to tell us some of the most memorable games they had broadcast. 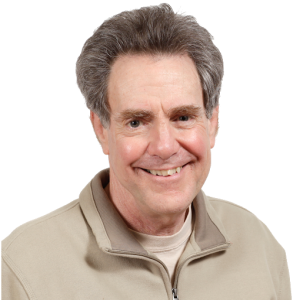 Tony Blum will describe his first NJSIAA game this season when he and Harry Sachs broadcast the Immaculata-Holy Spirit game tomorrow on 97.3-ESPN. Here are some of the games Tony remembers –

2013: Atlantic City trailed by 19 in the third quarter but rallied to beat Point Pleasant Beach, 80-73, in two overtimes in Toms River. Isaiah Graves scored 22, Ga’briel Chandler had a double-double (17/10), Jah-Leem Montague scored 16 and Dayshawn Reynolds scored 14. But the next round brought St. Joe-Metuchen against the Vikings and Karl-Anthony Towns of the Minnesota Timberwolves had 24 points, 14 rebounds and four blocks ending a terrific Atlantic City run, 63-49, in Monmouth University.

2013: In the previous game, Atlantic City defeated Linden, 60-54, in overtime at Rutgers in the state Group 4 final with Reynolds hitting a three-pointer to tie the game at the end of the fourth quarter and Graves making a pair of long three-pointers in OT.

1975: It was Bill Willougby from Dwight Morrow against Pleasantville’s great Reggie Miller team in the state final at Brookdale Community College. Dwight Morrow won the game and the 6-8 Willoughby passed up college and was the first pick in the second round of the NBA Draft by the Atlanta Hawks. He played for six teams in the NBA before retiring. He later got his college degree at age 44 and now counsels high school players. 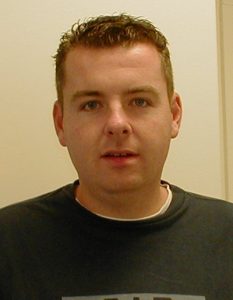 Brian Cunniff gets things going tonight with a girl-boy doubleheader at Wildwood High School on 98.7-The Coast with Buddy Tarbotton. These games stand out in Brian’s memory –

2003: Matt Maher connected on a jumper at the buzzer and Middle Township defeated Sterling, 49-48, in the Group 2 semifinals.

2000: Wildwood girls won the state Group 1 semifinal, 57-56, over Rumson-Fair Haven when Monica Johnson made a free throw with one second left.

1997: Steinert, led by future NBA player Dahntay Jones, defeated Middle Township, 59-58, in a Group 2 state semifinal. A final shot by Charles Farrow went in, but spun out, at the buzzer. 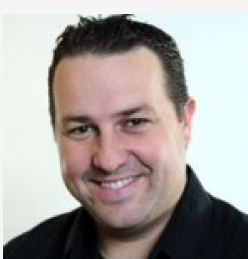 Mike Gill is scheduled to get started this year on Thursday with Atlantic City’s Group 4 quarterfinal game at Stockton University on 97.3-ESPN. Mike worked with Tony on a few games that they both found memorable. These games make Mike’s list of broadcast memories –

2013: Atlantic City, down 19 points late in the third quarter, rallied to beat Point Pleasant Beach, 80-73, in double overtime in a Tournament of Champions quarterfinal at the Pine Belt Arena.

2013: The Vikings beat Linden, 60-54 in Overtime, in the Group 4 state final at Rutgers. Atlantic City won the game with several deep 3-pointers that gave them back-to-back state titles.

2013: Atlantic City beat East Brunswick, 51-49, in the Group 4 state semifinals. They trailed by 14 in the first half, before storming back to advance to the state final.

2012: Atlantic City beat Elizabeth, 53-47 in the Group 4 state final. The Vikings – led by Kashawn Dunston, Jah-Leem Montague and Dayshawn Reynolds – rallied in the fourth quarter to win at the Rutgers Athletic Center. 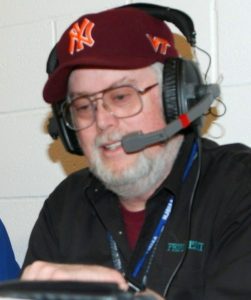 My first game in this year’s NJSIAA Tournament will be tonight in Ocean City with George McNally on 106.3-The Shore. Here are the games that stand out most in my memory –

2017: Alexis Paone scored 22 and Grace Sacco 13 to lead Ocean City to a 58-57 overtime win over Ewing in the state semifinal. Kilie Wyers hit two key three-pointers off the bench as the Raiders notched their 30th win of the season, a school record for any sport.

2017: Paone scored 12 and Mickey Baker added nine to lead Ocean City to a 38-31 win over Mainland in the South Jersey Group 3 final before a sold out Dixie Howell Gym. It is the last time Mainland lost.

2014: Griffin Grimes scored 34 points, including 17 in the fourth quarter, for Ocean City in South Jersey Group 3 but it wasn’t enough. Keith Braxton led three in doubles for Delsea with 36 points to earn a 90-73 win for the Crusaders.

2011: Tom Ballezzi hit a three at the buzzer in overtime and OCHS defeated Central, 59-57, behind 26 points by Matt Bosch.

2010: Junior Garret Kerr tipped in a miss in the final seconds and Moorestown defeated Ocean City, 49-47, in Group 3. Kerr, son of the Flyers’ Tim, would transfer to Middle Township the following year.

2009: Brandon Pascucci made eight of nine free throws in the second overtime as Lower Cape May defeated Central, 80-77, in Group 3.

2006: Sophomore Tara Booker scored 21 points as Absegami defeated Rumson-Fair Haven, 62-50, in the quarterfinals of the Tournament of Champions at what was then called the Ritacco Center.

2005: Phil Schaffer and Ed Paone combined for seven points in the second overtime and Ocean City edged Woodrow Wilson, 82-81, in Group 3. Dave Beyel had 28 including a bucket sending the game into the second OT.

2002: Greg Greer made two of his 19 points at the foul line down the stretch as Tom Feraco’s Middle Township team rallied to beat Point Pleasant Borough, 54-52, in the South Jersey Group 2 final at Washington Township.

2001: St. Anthony defeated St. Augustine, 65-51, in the State Parochial B final at the Dunn Center in Elizabeth that matched up Bob Hurley and Paul Rodio, currently the two NJ coaches with the most all-time wins.

2001: Camden’s Dajuan Wagner scored 52 points – 23 of them in the first six minutes of the fourth quarter – to set a new state career scoring record. Camden won the game, 94-48, over Ocean City despite Mike Frankel’s four points.

1999: Ryan Reich made that famous shot from just inside half-court to send the South Jersey Group 3 final into overtime. Then Mike Rowell scored seven of his 27 points in the overtime to lead Ocean City to the win, 76-73, over Middle Township at Eastern.

1997: Egg Harbor Township’s Terence Ward scored 31 points, including a three-pointer at the buzzer to send the game into overtime and another at the overtime buzzer to win it, 75-72, over Williamstown in Group 3. After the game EHT coach George McNally ran around the court hugging everyone he could find.

1995: Mike DeRocckis, who went on to score over 1600 points at Drexel, made 14 straight free throws in the fourth quarter as McCorristin defeated St. Augustine, 55-52, in Parochial B.

1989: Kevin Hallman scored 23 points including key points in the fourth quarter to lead Holy Spirit to a 50-49 upset win over Camden Catholic in a Parochial A semifinal.

1988: Sophomore Margaret Rowell scored seven of her 16 points and Pam McFarland four of her 17 in the fourth quarter as Chris Lentz’s Ocean City team defeated Mainland, 46-44, in the Group 3 semifinals.

1985: Pemberton rallied to defeat Atlantic City, 74-73, in Group 4 at Washington Township despite 39 points by the Vikings’ Bruce Martin.

1985: Msgr. Donovan edged Holy Spirit, 67-64, in overtime in Parochial A despite 23 points by Spartan sophomore Bob Martin, who would transfer to Atlantic City and become a McDonald’s All-American.

1982: Davine Johnson scored 15 of her 25 points in the second half as Joe Fussner’s Atlantic City girls defeated Plainfield, 62-60, in the Group 4 state final at the Brendan Byrne Arena.

What about you? As a fan, what are your greatest NJSIAA Tournament memories. Feel free to add them as comments.

And enjoy the 2018 state tournament. Pick a couple games from the list below to get you started.