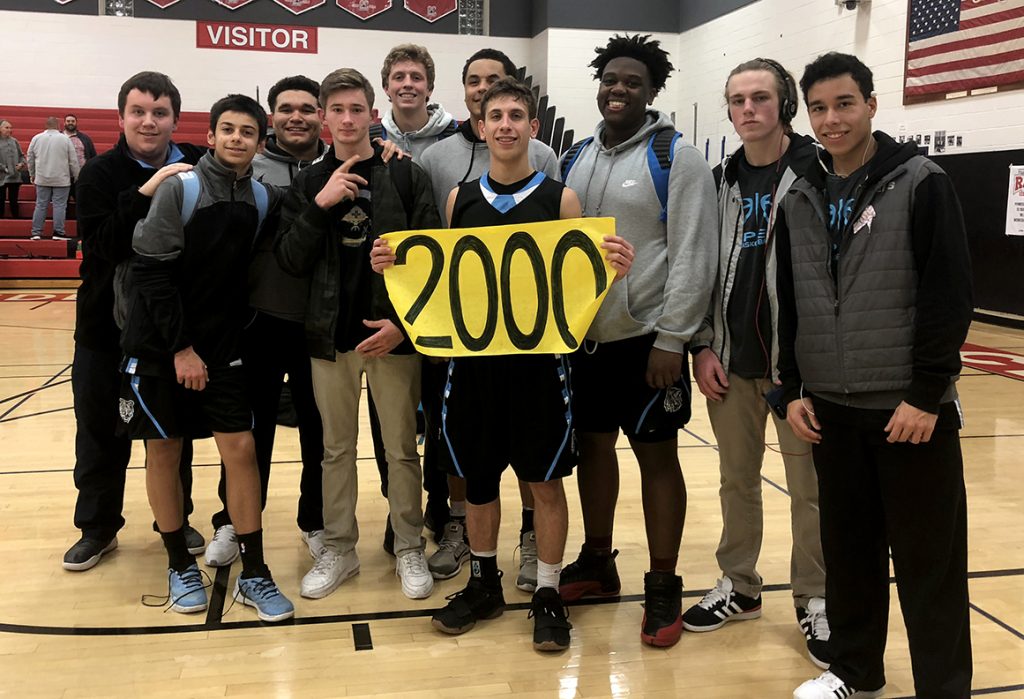 But for such a momentous occasion, there was a total lack of celebration until the game was complete.

Holden sank a free throw late in the fourth quarter to become only the fifth boys basketball player in Cape May County history to surpass 2,000 career points to help the Lower Cape May Regional High School boys basketball team to a 61-58 win over Ocean City in a Cape-Atlantic League consolation game.

Holden finished the game with 29 points. He had needed 26 to reach the milestone entering the game.

Holden did not know he passed the mark until his uncle, Scott, Lower’s head coach, announced it to the team in the locker room following the game.

Holden is the second Cape May County player to reach 2,000 career points this season. Wildwood’s Kyion Flanders passed the number earlier this month, ironically, in a win over Lower Cape May.

Holden also made history in joining his sister, Lauren, as the only brother-sister combination to score at least 2,000 career points. Lauren, now a junior on the women’s basketball team at Fordham University, scored 2,476 points in her Lower Cape May career, which ended in 2015. Lauren watched her brother score his milestone point through FaceTime on the cell phone of a friend present at the game.

Lower trailed by four midway through the fourth quarter but went on a a 9-2 surge to go ahead for good. A Holden three-pointer and free throws by Holden and Anguelov accounted for the run. 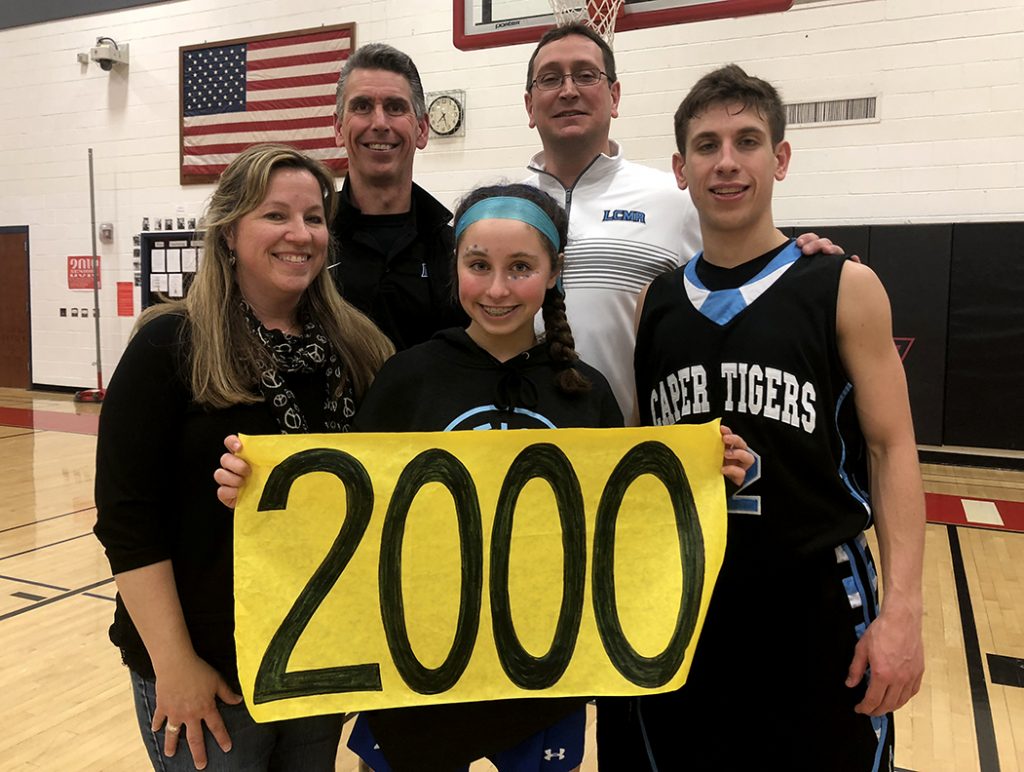 Pat Holden (far right) celebrates his 2,000th career point with (from left) his mother, Anissa; his father, Pat; his sister Lindsey; and his uncle and head coach, Scott.