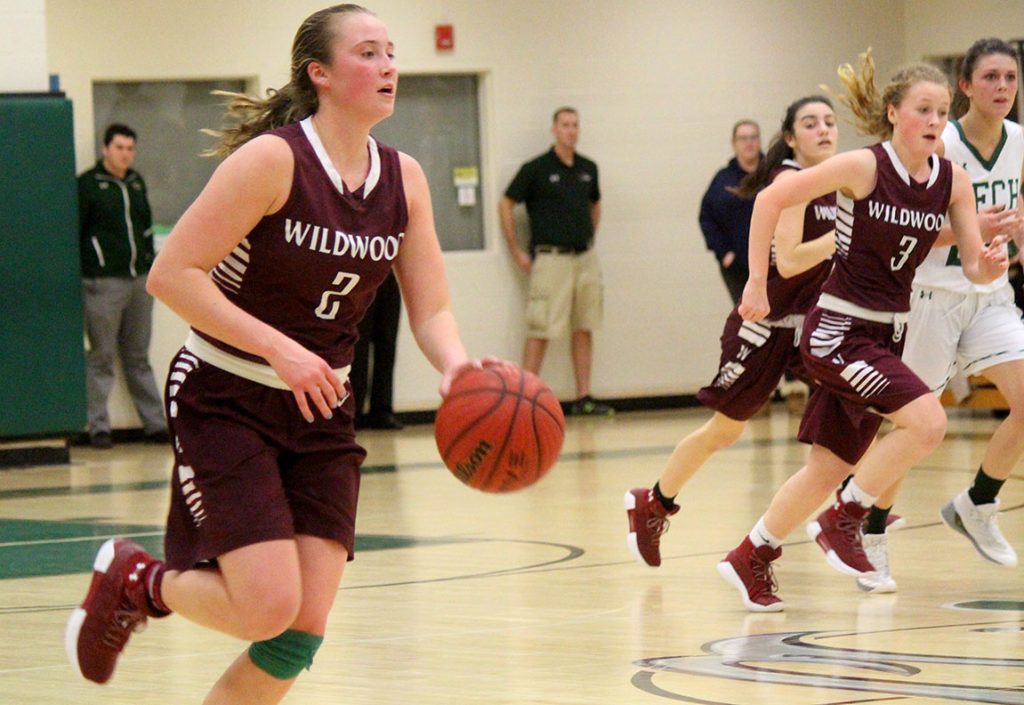 The Warrior teams were both knocked out of the South Jersey Group I playoffs, the girls in excruciating fashion and the boys to an athletic and balanced opponent.

The Wildwood girls rallied from a 12-point second-half deficit to take a late lead, only to see Woodbury score the winning basket with 6.3 seconds remaining. The Lady Warriors got off a final shot but it rolled off the rim as time expired, sealing a 51-50 defeat.

The Wildwood boys got off to a hot start against Paulsboro, making five first-quarter three-pointers, but the Raiders rallied to go up by as many 16 points in the second half before putting the Warriors away, 74-64.

In the girls game, Wildwood trailed by 11 at the half and fell behind by as many as 12 points in the third quarter. But Maddie McCracken scored 10 points in the fourth quarter and Michelle Lugo and Jenna Hans each hit big three-point shots as the Lady Warriors staged a furious comeback.

A McCracken basket with 21 seconds remaining put Wildwood ahead, 50-49. But Woodbury’s Kayla Rone picked up a tipped ball in the lane and scored a layup to give Woodbury the lead again. McCracken missed a heavily contested layup as time expired.

McCracken poured in a game-high 33 points for Wildwood, which did not have the services of forward Tracey Young for much of the game due to foul trouble.

Wildwood, the third seed in the tournament, had its season ended at 20-8, its third 20-win season in four years.

In the boys game, fourth-seeded Wildwood made five of its nine three-point attempts in the first quarter to forge a 17-15 lead. But Paulsboro exploded over the middle two quarters, outscoring Wildwood by 41-23 to take a 16-point lead into the fourth quarter. Wildwood rallied to within six with less than three minutes to play but could get no closer.

The Warriors, however, shot only 25 for 76 from the floor and made only 1 of 19 three-point attempts after the first quarter.