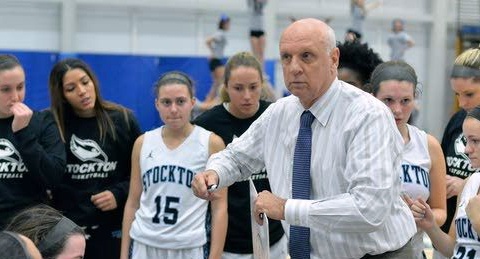 “I want to take this opportunity to thank Stockton University sincerely for the opportunity to have coached here for 26 years,” said Fussner, who informed his players yesterday. “Overall, I have coached for 46 years, so I feel it is time to turn the page on my coaching career and pursue other interests.” 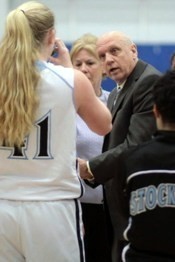 Fussner’s teams at Stockton were 410-282 during his 26 years. He has been selected the New Jersey Athletic Conference Coach of the Year, won two NJAC championships and has been the coach during all seven of Stockton’s NCAA tournament berths.

“As I weighed my decision, my thoughts kept returning to my family,” Fussner said. “I missed so much of my children’s development because I was consumed by the game and what it takes to be successful. Those are times you can’t get back. With five granddaughters, I realized I was again missing out on many parts of their lives.”

Fussner had a 145-24 record in six seasons as boys basketball coach at Atlantic City High School, including five Cape-Atlantic League championships. His girls teams at ACHS were 167-18, winning two state titles, four South Jersey championships and seven CAL titles. His won-lost percentage in both boys and girls basketball is the best in CAL history.

That works out to a total record of 722-324 in his complete coaching career.