CAL seniors set for All Star Saturday in Ocean City

Lower Cape May graduate Lauren Holden is one of the top players on a Fordham women's basketball team that has reached the Sweet 16 round of the Women's NIT. (photo courtesy Fordham University athletics) 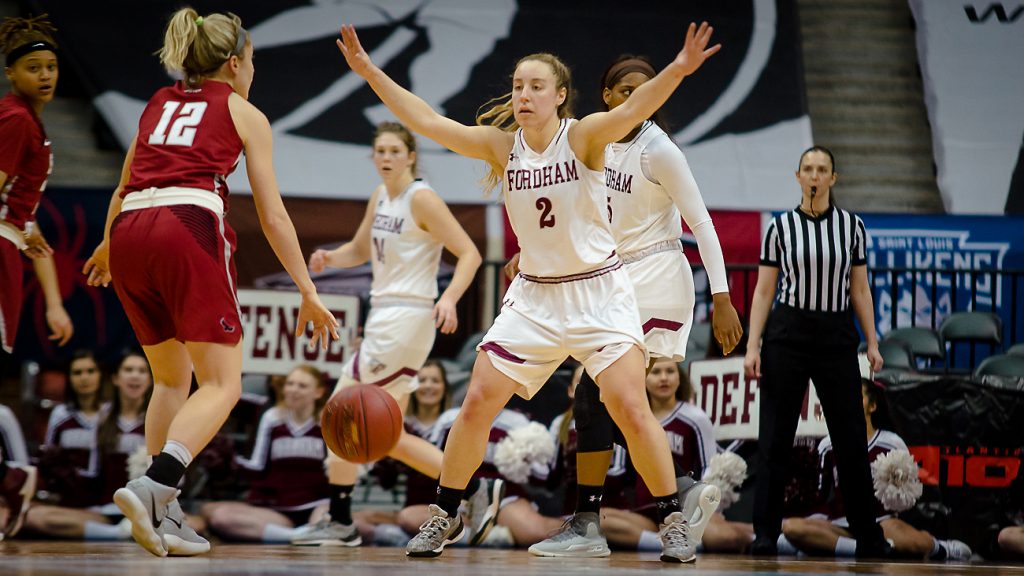 Lower Cape May graduate Lauren Holden is one of the top players on a Fordham women’s basketball team that has reached the Sweet 16 round of the Women’s NIT. (photo courtesy Fordham University athletics)

College basketball players who miss out on the NCAA Tournament sometimes aren’t too motivated to play in another postseason tournament.

That certainly doesn’t apply to Lower Cape May Regional graduate Lauren Holden and her teammates on the Fordham University women’s basketball team.

Holden and her teammates celebrated thoroughly, racing around the court at the Daskalakis Athletic Center when the final horn sounded, at the close of Fordham’s 63-60 victory over host Drexel in the second round of the Women’s National Invitation Tournament Sunday.

“It’s really exciting,” Holden said in a telephone interview earlier this week from Fordham, where the team was preparing for its Women’s NIT Sweet 16 game at Virginia Tech this Thursday. “With all our hard work this year as a team, all the highs and lows and ups and downs, to stay together through it all, just to play in this is an honor. We’re grateful to have the opportunity to play in this tournament and we’re trying to make the most of it. Going on this run has everyone really excited and really pumped.”

Holden, a junior point guard, is one of the top players for Fordham (24-9). One of two players to start every game this season for the Rams, she averages 10.7 points per game and leads the team in assists with 85, three-point shots made with 71, three-point shooting percentage at 37.2 and free-throw percentage at 87.8. She’s also second in all of Division I women’s basketball in minutes played per game this season at 39.2. Most games, she never leaves the floor and is usually tasked with guarding the opposing team’s top perimeter player. 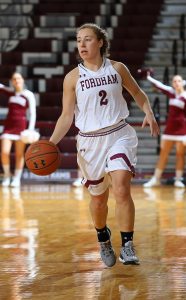 Holden is considered one of the best high school girls basketball players in Cape May County history. She scored 2,476 career points and led Lower to its first and so far only South Jersey championship as a senior in 2015.

But despite that high school resume, Holden was more of a role a player as a freshman and sophomore even though she started 49 games over those two seasons. She’s now one of the team’s most important players as a junior.

“I think your role increases as you come up and just being there and playing,” Holden said modestly. “I just try to do whatever I can to help the team win. As you get older your role changes. Whatever our coaches need me to do to win, that’s what I want to try to do.”

Speaking of the coaches, head coach Stephanie Gaitley also hails from Cape May County, having graduated from Ocean City High School. That connection helped Holden make her college choice rather quickly, a decision made after she attended a summer camp at Fordham after her sophomore year. Fordham was the first school to offer her a scholarship.

“When I went to Fordham for that camp, they offered me (a scholarship) the second day,” Holden recalled. “My dad (Pat) and I were in the car on the (Garden State) Parkway on the way home and I remember tell him that I liked everything about the school and the coaches, so I called (Gaitley) from the car and told her I wanted to come.”

It’s a decision she’s sure glad she made.

“I’m very grateful I made the decision to play at Fordham,” said Holden, a communications major. “Obviously you don’t realize some things when you’re younger and you come into a program for the first time. But the standards we have here and the type of people you get to surround yourself with the coaching staff and everyone on the team, it’s just an awesome place to be. Everyone here wants the best for you. I’m very blessed to be part of this program. I wouldn’t go back and do anything differently.”

Fordham finished 12-4 in the Atlantic 10 Conference this season, good for third place in the 14-team league. But the Rams were upset by sixth-place St. Joseph’s in the second round of the Atlantic 10 Tournament.

But the Rams regrouped well and beat Harvard in the first round of the Women’s NIT before Sunday’s second-round win at Drexel. Holden made a crucial three-pointer in the fourth quarter of Sunday’s win and finished with five points and four assists while playing all 40 minutes.

They’ll look to continue their season with a win at Virginia Tech.

“The attitude of the whole team is that everyone really just wants to keep playing,” said Holden, whose younger brother, Pat, just completed his Lower Cape May career with more than 2,000 career points. “Losing in the quarterfinals of the Atlantic 10 Tournament, that got under everyone’s skin. Ultimately everyone wants a ring and we worked so hard all year and the way we lost was heartbreaking. But then we had some time to practice and get our minds right and bodies right again to play and when we came into the Women’s NIT Tournament, we just said, ‘Let’s make a run.’”

A win at Virginia Tech Thursday would be extra special for Holden. She turns 21 that day.