A special season for Cape May County high school hoops

Orlando Magic coach Frank Vogel, a graduate of Wildwood High School, poses with brothers (from left) Taylor, Connor and Zander Bezaire following a Magic game against the Philadelphia 76ers in November. Vogel won his 300th career game as an NBA coach this week. 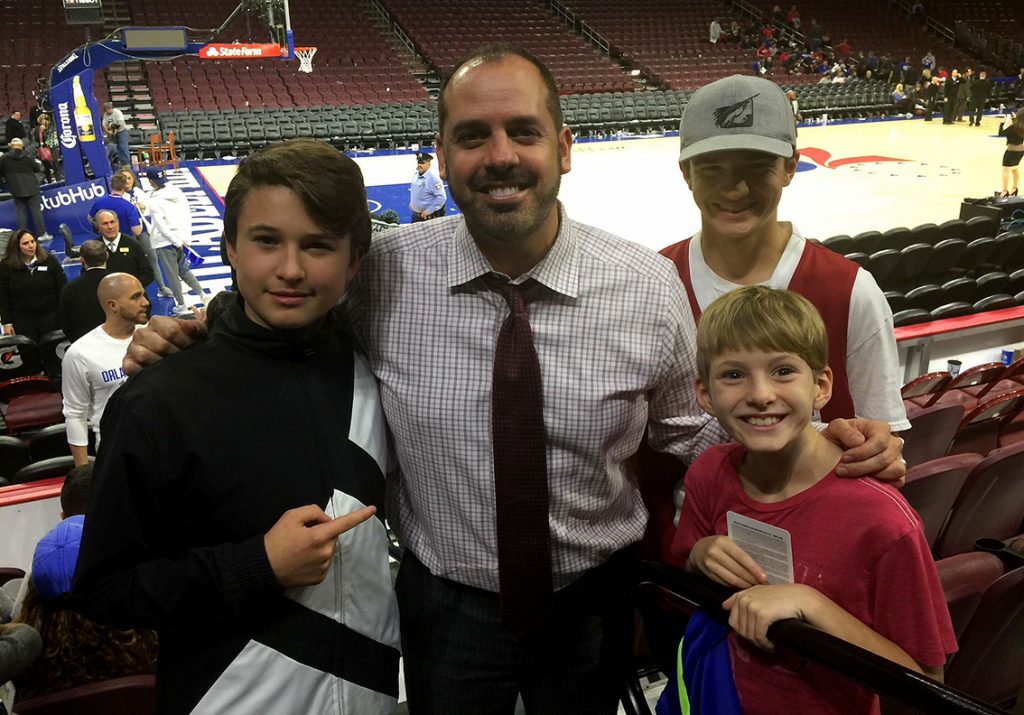 Orlando Magic coach Frank Vogel, a graduate of Wildwood High School, poses with brothers (from left) Taylor, Connor and Zander Bezaire of Cape May following a Magic game against the Philadelphia 76ers in November. Vogel won his 300th career game as an NBA coach this week.

Frank Vogel had only wanted to be a Division I college coach.

Instead, he’s been rather successful in the NBA.

Vogel, in his second season with the Magic after 5 ½ seasons as head coach of the Indiana Pacers, is 300-282 in his NBA head coaching career.

The Magic have struggled this season. Through Wednesday, the team was just 21-34 on the season and has been eliminated from playoff contention in the NBA’s Eastern Conference. The win over the Bucks snapped a five-game losing streak, all on the road.

“It was difficult to finish (the last road trip) the way that we did, but I was happy that our guys were able to come back and pull out the (win). The fact that it’s my 300th, that’s a good way to do it, I guess.”

Vogel’s contract with the Pacers was not renewed after the 2015-16 season. He signed a four-year contract to coach the Magic prior to last season.

Vogel’s journey into coaching began shortly after he graduated from Wildwood High. He first attended and played basketball at Division III Juniata College, but then left Juniata after his junior year and transferred to Kentucky, where he became a team manager and member of the Wildcats’ junior varsity team. He later became a graduate assistant coach and video coordinator under Rick Pitino at Kentucky.

Vogel had said repeatedly while at Kentucky that his goal was to become a Division I college head coach, but he made the jump to the NBA in 1997 when Pitino was named head coach of the Boston Celtics. He was first video coordinator and later assistant coach, before becoming an assistant coach for one season under Jim O’Brien with the Philadelphia 76ers in 2004-05. He then became an assistant coach under O’Brien again two years later in Indiana and was promoted to head coach in the middle of the 2010-11 season when O’Brien was fired in midseason.