Cape May County softball: WCHS off to good start, others begin this week 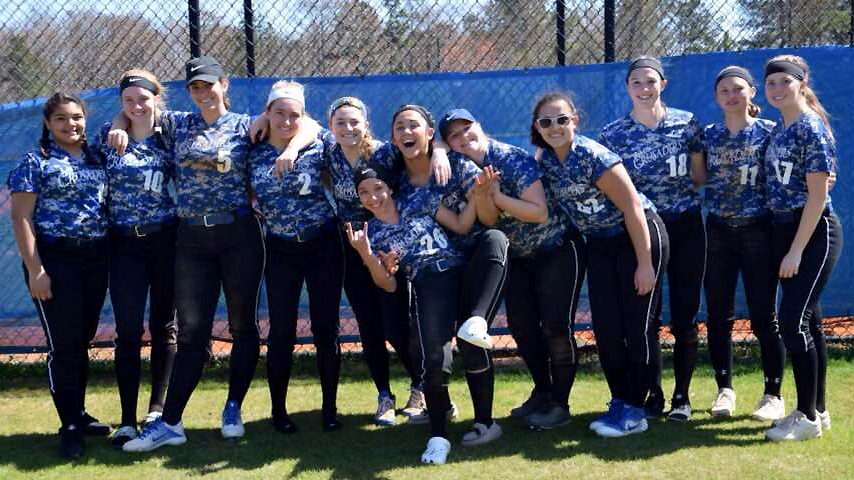 Wildwood Catholic's softball team is off to a good start, with wins in five of its first six games.

Wildwood Catholic’s softball team is off to a good start, with wins in five of its first six games.

Only two Cape May County high school softball teams have seen action so far this season.

Wildwood Catholic, South Jersey champions and state finalist a year ago, has gotten off to a terrific start to the season, winning five of its first six games. Included in that stretch was a perfect three-game run through its first Bash at the Beach Tournament last weekend.

The only other local team to play so far was Middle Township, which lost a non-league game to Delsea on Friday.

All of the other area teams begin their seasons this week.

The following is a look at each of Cape May County’s high school softball teams:

Cape May Tech went 7-13 last season and brings back a good amount of players with experience so the Lady Hawks hope they can move closer to .500 this spring.

Senior Emmalee Poserina and sophomore Amy Poserina lead the returnees. They were two of the team’s top hitters a year ago.

Lower Cape May begins the new season under a new leadership structure, as Courtney Gingrich moves up from assistant coach to head coach.

Junior Madison Sloan is one of the top returning offensive players in the county. The shortstop hit .476 as a sophomore a season ago. Junior Charlotte Thompson and sophomore Emma Muldoon (also 1B) will share pitching duties. Other key returning players include sophomore Joelle Klein (C) and junior Taylor DeHoratis (OF).

Lower Cape May opens the season Monday at home against Holy Spirit.

After a couple of seasons with a rather young roster, Middle returns a team with lots of juniors and seniors, so the team is optimistic it can move over .500 this spring after finishing 9-12 in 2017.

Senior returning starters include Sophia Ellis (3B), Samantha Grassi (1B/P) and Alyssa Sittineri (C). Also back is Kayla Cubernot (OF), an all-star caliber player as a sophomore who missed all of last season through injury. Senior Holly Carter (C) is also expected to contribute.

Sophomores with experience include Cassidy Gallagher (OF) and Raine DeRose (UT).

Middle, led by eighth-year coach Lauren Ruef, began the season Friday with a 10-0 loss at Delsea in a non-league game. Abrego’s double accounted for one of Middle’s three hits.

The Lady Panthers next play Tuesday at home against Absegami.

Ocean City gets the latest start to theregular season of any softball team in the county, opening Wednesday at St. Joseph, a day ahead of its home opener against Middle Township.

Wildwood won just three games last season but brings back a good amount of players and has some talented freshmen entering the program.

Wildwood, coached by Teresa Cunniff, opens its season Monday at home against Clayton.

Unlike the rest of the teams in the county, Wildwood Catholic is well into its season, with wins in five of its first six games. The only loss was to Group IV power Egg Harbor Township.

Over the weekend, the Crusaders won their own Bash at the Beach Tournament, a double-elimination event. They went 3-0 in the tournament, beating Deptford, 11-9, in the title game. Freshman Brianna Bailey (SS) had two hits and four runs scored and junior Lehigh commit Emily Cimino (P) and freshman Mackenzie Joslin each added a hit and two RBI in the win.

Junior Anna Mae Peterson (3D was the star of the tournament semifinal win over St. Hubert’s (Pa.), blasting a grand slam and totaling five RBI for the game.

Other key returning players to the team include juniors Mercedes Rivera (2B), Noelle Probst (1B), Tahtiyana Camba (P), Bella Feraco (OF) and Lauren Sorensen (OF) and sophomore Taylor Williams.

Another newcomer expected to make an impact is freshman Heavyn Perez.

Wildwood Catholic next plays Tuesday at home against Buena.