PHOTO GALLERY: Pitching on point so far for Middle Township 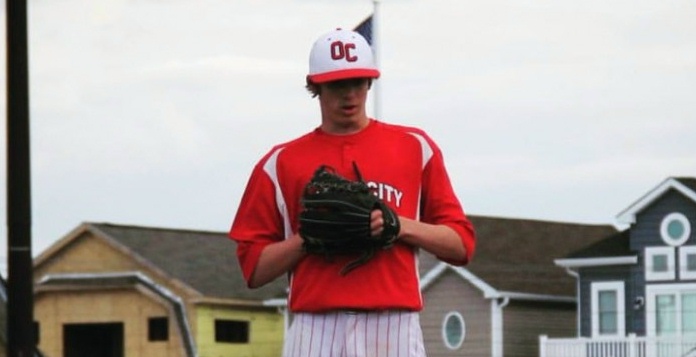 It was July 20, 2017 – just about a month after Matt Fumo graduated from Ocean City High School. He had been a .385 hitter his senior year on the baseball team and a contributor on the mound, was a first team all star, was a big part of the South Jersey championship as a junior and was headed to the highly successful Cumberland County College baseball program. 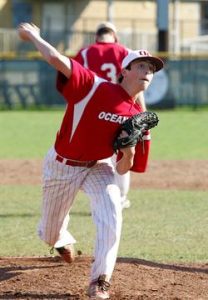 On Monday afternoon, Fumo will throw out the first pitch before the OCHS home baseball opener. Here, in a series of questions and answers, he talks about the last nine months.

What do you remember about that day last July, Matt?
“I actually remember it all. I was fooling around with my friends jumping in the water from under the bridge. Another friend rode by on a Jet Ski and we started to race to the Jet Ski. I dove in and there was an island that I couldn’t see. I hit it and immediately knew something was seriously wrong. I felt like I was paralyzed. I was face down in the water and my friends – Parker Gimbel, Brett Cook, Harry Pfeifle and Tony Wilson – flipped me over. There was a doctor they found nearby – or maybe she was a nurse, I’m not sure – and she was helping out holding my neck still.”

When the doctors talked to you later what was your reaction?
“They gave me the worst news possible. They were telling me that I would never walk again, that I probably would not move anything below my neck again. That was really rough to hear. I was depressed for at least a week. I would think about baseball games I played and all the things I could do before. I had dreams – some of them were awful but a lot of them were also about good memories. They put a breathing tube in my throat. I was told I might need it in place for a year but they were able to remove it in four days. That was when I started to get some hope. Then, a few days later, my doctor and surgeon told me they detected some movement in my legs. So I just tried to move as much as I could.”

Was there a turning point?
“Two or three weeks into my therapy I stood up for the first time. That was a big accomplishment. From that point on I could feel some progress almost every day. It was pretty crazy. My two main therapists were Jackie and Deanna (at Magee Rehabilitation Hospital in Philadelphia) but there were lots of others who helped once in a while. My mom helped a lot. She had been around hospitals a lot because my dad had cancer in the area of his jaw. She was always there.”

How much did your father’s battle with cancer inspire you in your challenge?
“A lot. We have conversations now that are not typical father-son conversations. We talk about all the challenges we faced, all the fighting we had to do and how we had to stay strong. Knowing how strong he was and how hard he fought helped me so much.”

What would you say to the people who have supported you through all this?
“I can’t thank them enough. My family and friends, my coaches and teammates, they have all been there for me. But there were also people who don’t really even know me who helped or contributed. It’s crazy how many people were there for me. And I am still getting support from all of them. It goes through my head every day how much people cared and how much it helped me.”

What advice would you give to people who might be thinking about diving off bridges?
“Do not do it.”

Are you prepared for Monday’s first pitch?
“I’ve been warming up for a while now but I’m starting to get nervous. I’ve spent a lot of time on that field but this will be different. I don’t know how the emotions will be.”

What do you think the future holds?
“I’m not really sure yet. It just depends on how far I get into my therapy if I could ever play baseball, or not. I’m taking two classes at Atlantic Cape Community College right now and I will probably stay there in September. My brother, Zach, goes there and if I need any help he gives it to me. I’ll probably study journalism because I want to be a food critic.” 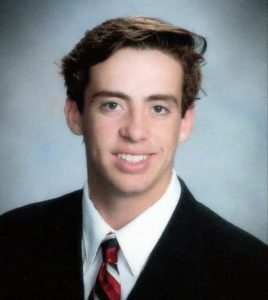 Matt Fumo returns to 5th and Bay on Monday. He’ll walk out onto the field, something doctors initially believed might never happen, and open the Raiders’ 2018 home season against Holy Spirit by delivering the ceremonial first pitch.

And, as he points out himself, the support from many of you reading this helped get him through his remarkable recovery.