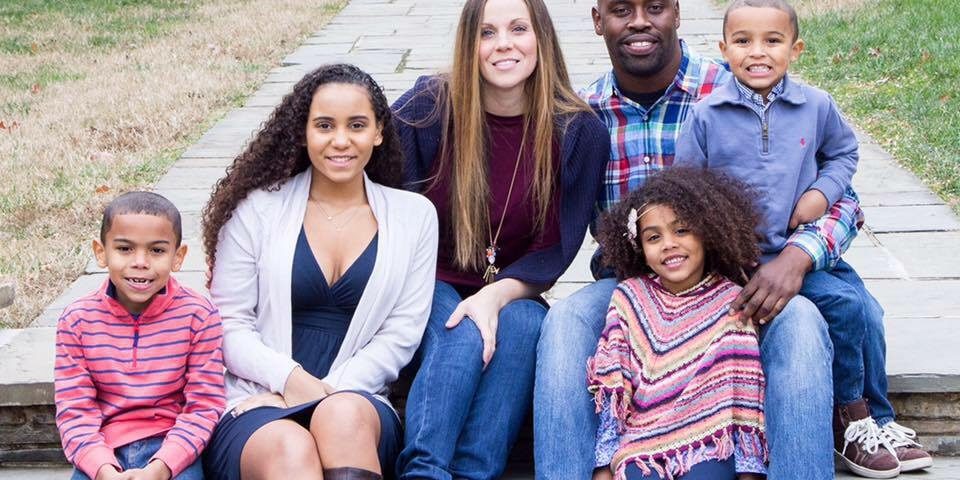 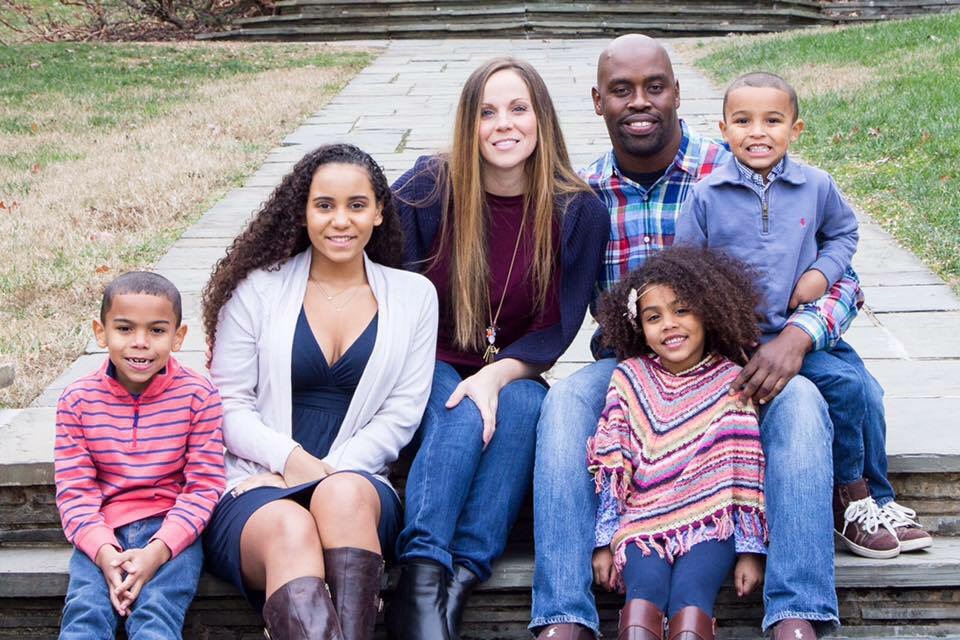 Middle Township graduate Clarence “P.D.” Moore was recently inducted into the Towson University Athletic Hall of Fame. He’s pictured with his wife, Sarah, also a graduate of Middle, and children (from left), Bryan, Gabrielle, Zoe and Peyton. Gabrielle will be attending the University of Delaware in the fall on a full academic scholarship.

Clarence “P.D.” Moore humbly says he’s not sure how his life has turned out the way it did. But he does acknowledge the path that took him there.

“I think the biggest thing is to have dreams and set goals and try to attain them,” he says. “Some of the good things that have happened to me, I just couldn’t fathom them. Even today, I woke up wondering, ‘How did this happen for me?’ but I think if you keep putting one foot in front of the other and keep moving forward that anything is possible.”

Moore, a 2001 graduate of Middle Township High School, is now a college professor at Shenandoah University. Earlier this spring, he was announced as one of the upcoming inductees into the Athletic Hall of Fame at Towson University after a stellar four-year football career for the Tigers. The ceremony is scheduled for November.

After graduating from Towson in 2005 with a degree in biology, Moore went on to Howard University, where he earned a doctorate of pharmacy degree. After first a residency at Shore Regional Medical Center in Somers Point and later a hematology/oncology pharmacy fellowship and teaching position at Howard, he moved on to Shenandoah, where he is now in his second year as a professor of pharmacy at the university.

Moore, 34, resides in Silver Spring, Md., with his wife Sarah (Sherba), also a graduate of Middle, and their four children – Gabrielle, Bryan, Zoe and Peyton, who range in age from 6 to 17.

Moore was a football and track standout at Middle Township. A running back and defensive back as a high school player, he went on to play defensive back at Towson, where he became one of only two players in Towson football history to be named first-team all-conference three times. He ranks eighth on the program’s all-time tackles list with 274 and his 11 career sacks are the most by any Towson defensive back. He finished his career with eight interceptions, returning three for touchdowns.

As a senior, Moore was selected as the Brooks-Irvine Football Club’s South Jersey Division I-AA Player of the Year. He was also a four-time conference all-academic selection and a member of the NCAA FCS Athletic Directors All-Academic Team.

Moore tried his hand at professional football, earning mini camp tryouts with the Chicago Bears and New York Giants, but ultimately returned to school to become a pharmacist.

Moore said he was humbled by his induction into Towson’s Athletic Hall of Fame.

“I was nominated the year prior and I remember the phone call,” he said. “It came from a Baltimore number so I kind of knew it was from Towson but I wasn’t positive about what it was about. It was definitely something that was a little bit of a shock. Being inducted, it kind of closed the chapter on my (football) career and put the icing on the cake.”

His only regret about the induction experience, he said, was not having his mother present for the ceremony. She passed away last September.

Moore said the experience of being an athlete in college helped shape him as he moved into adulthood.

“There’s a lot more work than people might understand because a lot of it goes unseen sometimes,” he said. “And that’s regardless if you’re a Division I or Division III athlete. The amount of work you have to put in to have good grades and be an athlete is tremendous, but I wouldn’t change any of it.

“The amount of individuals I’ve met through football have been amazing. I’m still very, very good friends with a lot of the guys I played with and met through football and it’s great to watch us all grow together and have families. It was just a great experience for me at Towson. The academics were great but the experiences were just awesome.”

Moore stays active at Towson. Last year, he was given the Towson Football Alumni Dedication Award for helping set up Alumni Weekend activities that include some community service work by former players. He also is active in helping to set up a mentoring program for current Towson football players.

“All around I’ve had a lot of great experiences and a lot of things I cherish,” Moore said. “One of the things I always tried to follow was to be a student first and an athlete second because all of it gives you the opportunity to do the greater good.”