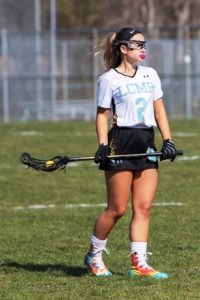 Critchfield, an attacker, became the first player in program history to record her 100th career goal during her sophomore season in the Lady Tigers’ 15-3 win over Cedar Creek.

Critchfield is one of the Cape-Atlantic League’s top players. She has 65 goals and 15 assists to go with 86 draw controls through 13 games this season. She scored 37 goals as a freshman in 2017.