Jeff Michner, with many familiar faces from his OCHS graduation, is kneeling in the front row to the far left.

Jeff Michner, the Ocean City High School Golfer of the 20th Century, died suddenly on Friday of a brain aneurysm. He had celebrated his 36th birthday two weeks earlier.

In his four years in the lineup Ocean City was 65-23 and won three Cape-Atlantic League championships. 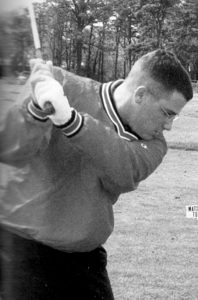 “Jeff was just a gracious kid in high school,” said Pat Dougherty, who, along with Skip Angelo, coached Michner in high school. “He had this thing about him. He was a great competitor on the golf course but he would admire an opponent who was playing well and even offer advice to an opponent who was struggling. He cared about the sport almost more than he cared about winning.”

Michner went on to earn his Bachelor’s Degree in the culinary arts and chef training at Drexel University, where he was captain of the golf team. He is second all-time in Career Top 10 Finishes by a Drexel golfer.

Michner was the Chef de Cuisine (the Executive or Main Chef) at Schiller’s Liquor Bar in New York City. His career in the kitchen started at Stone Harbor Country Club and continued at South Beach in Miami before moving to New York. 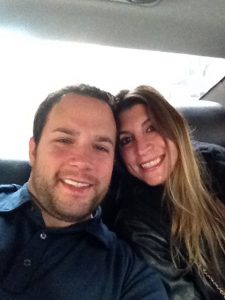 Michner and his wife, Sara, who were married three years ago, have a one-year old daughter.

“Growing up you always admire a few of the older kids – one of those kids for me was Jeff Michner. He probably never knew it but I always wanted to resemble him. He wore glasses with swag, rocked his broad shoulders with confidence, excelled as an athlete as well as a student and he most certainly always dressed fresh. Thank you, Jeff. You’ll be missed, my friend.”

Jeff Michner, with many familiar faces from his OCHS graduation, is kneeling in the front row to the far left.