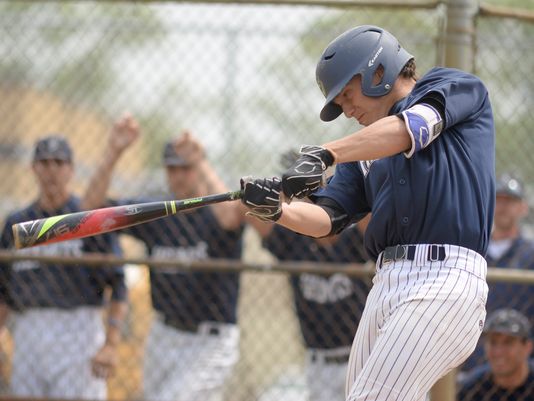 The Prep’s Josh Hood, Jack Billings, Gerry Peacock, Nick Lonetto, Kevin Eaise and Ken Levari are all among the leaders in offensive stats. Hood’s numbers are especially impressive. He led the CAL in home runs, RBIs and runs scored and was 11th in hitting with a .421 average.

Holy Spirit junior Matt Rivera was the CAL batting champion with a .597 average. He also led in hits and in times walked. Bridgeton’s Tymir Gravely was the stolen base leader with 19.

On the mound, Ocean City junior A.J. Campbell had the lowest earned run average (0.66) with teammates Dan Nunan (1.49) fourth in the league and Brandon Lashley (1.60) sixth.

St. Augustine’s Cole Vanderslice and Mainland’s Nick Atohi were the CAL’s only six-game winners with Vanderslice capping off his perfect 6-0 season with a shutout win in the state final.

Nunan, a 12th round draft choice of the Angels now in Arizona pitching in the Arizona Rookie League, averaged 13.78 strikeouts per seven innings to lead the league. His teammate, Lashley, was second with 12.36

Check out the baseball leaders in every category at http://www.primeevents.net/calspring.html.

Boys and girls lacrosse leaders are also listed and leaders in softball are coming later.