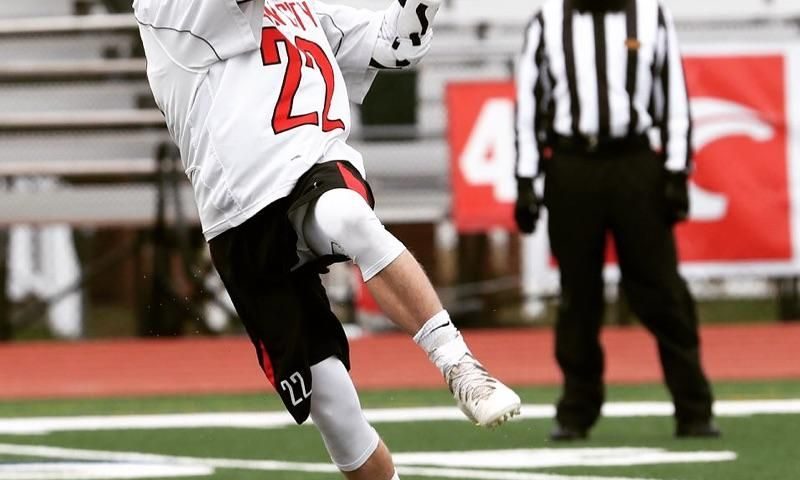 Consider this – the Raider girls (17-2) have won 23 straight games against Cape-Atlantic League opponents and 35 of the last 37 games. They have won two straight CAL championships and three in the last six years. This year’s team lost twice, both to the No. 1 girls lacrosse team in the state – Moorestown.

The boys lacrosse team (16-5) saw its three-year streak of CAL championships and its 21-game league winning streak ended by the narrowest of margins – a 7-6 loss to Mainland.

Girls coach Alyssa-Rae Morrison and boys coach Joe LaTorre both came aboard as head coaches in 2013, one of many solid decisions made by Dr. Chris Lentz, the school’s athletics director at the time. Morrison was an all star player at Washington Township as Alyssa-Rae Preiss. LaTorre attended Absegami and played college lacrosse at West Virginia University.

These two coaches have compiled a combined record in their 12 total seasons of 174-63, including six CAL championships.

And there is no reason to think that record won’t be getting even better.

Ocean City had five players on the CAL all star team – goalkeeper Charlie Dahl, forward Christian Kuhn, midfielders Bill Kroeger and Marty Cattie, and defenseman Kyle Saul. And all five of them will be back next spring.

The girls also had five CAL all stars – forwards Shannon O’Reilly and Emily DiMarino, midfielders Danielle Donoghue and Anna Devlin and Hailey Stack on defense. Only O’Reilly and Stack will graduate.

Also returning for the boys, ranked No. 32 in the state by NJ.com, will be Jake Schneider, Trent Laveson, Anthony Inserra, Ted Grimley, Noam Levy-Smith, Brady Rauner and Nick McCardell. LaTorre will lose Harry Pfeifle, Joe Lloyd, Tom Meehan, Chris Raniszewski and Ryan Hogan – valuable assets – but he has the depth returning for another great season.

The girls, ranked No. 19 in the state this year, will have Ashley Devlin, Ava Auwarter, Ali Hendricks, Morgan Pizagno, Reese Bloomstead, Shannon DeCosta, Abby Bennett and Ava Cozamanis, returning. And sophomore goalie Abbey Fenton will be back. This year Fenton played in South Jersey championship games in three different sports – soccer, basketball and lacrosse. Records indicate no other OCHS athlete in history has done that.

The goal scorers and offensive threats will be very important to the success of these teams next year. But you can’t over-estimate the impact of Kroeger and Donoghue. They are both among the very best in the state in the faceoff or draw controls and those are what get a team possession of the ball.

No doubt about, OCHS has two great lacrosse programs being designed by two young, determined coaches.

Check out how the OCHS lacrosse players line up statistically with the rest of the Cape-Atlantic League here – http://www.primeevents.net/calspring.html.

Coming tomorrow – a look at 2018 OCHS golf and boys tennis.