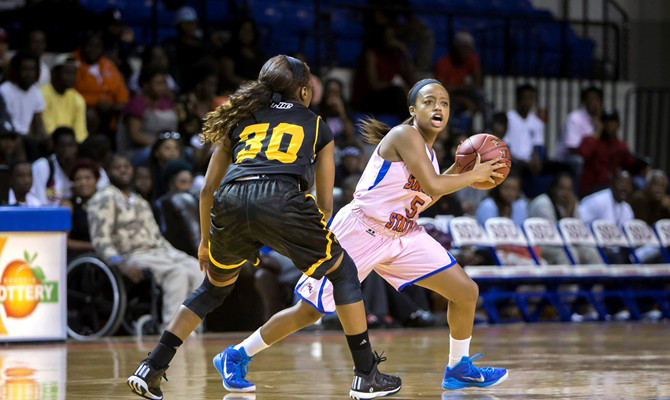 Lauryn Fields has played basketball for nearly her entire life. But last year, she had the sport taken away from her.

“The doctors didn’t really give me a clear answer to what happened,” Fields recalled. “I was working out after (her junior season), doing a lot of running, and they think it was from that. It progressed to the nerves in my legs.”

Fields didn’t let the athletic setback curtail her efforts in the classroom. She graduated from Savannah State in May with a degree in behavior analysis. 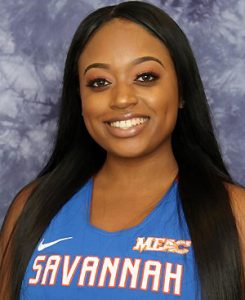 Thanks to an NCAA rule that allows those who’ve finished their undergraduate work to transfer to another school without penalty, Fields will play one more season at Division II Georgian Court University in Lakewood this winter while she takes graduate-level courses.

“I was really discouraged because the doctors couldn’t come up with any answers and I was in pain for a really long time,” Fields said. “But then I had a procedure in January and that really helped alleviate most of the pain. After I did a lot of rehab in Savannah, I started feeling better and I felt like I could play again.”

She wanted, however, to play closer to home.

“I was a little homesick after those years in Savannah, so I wanted to come closer to home,” Fields said. “When I opened my recruitment up I had coaches reach out and that really helped me feel encouraged that there were people interested in me even though I sat out a whole year. It really gave me the itch and drive again.”

The 5-3 Fields was an occasional starter but mostly a backup point guard at Savannah State. She played in 89 games, with 19 starts, during her three-year career with the Tigers. She played in 30 games as a freshman when Savannah State won the Mid-Eastern Athletic Conference Tournament and qualified for the NCAA Tournament.

“I’m very grateful for the opportunity I had to play Division I basketball,” Fields said. “It put me on a lot of different platforms and we got to play a lot of really good teams. My freshman year we won the conference and I got a ring and we played in the NCAA Tournament. It was a great opportunity but I think this is the best decision for me not to continue my career there. Coming back home was a really good choice for me and I’m excited for this new journey.”

Fields will join a Georgian Court program that went 5-21 overall, 3-16 in the Central Athletic Collegiate Conference last year. She’ll also be joining her adopted brother, Charles, who will be a freshman at Georgian Court in the fall. Charles Fields, a multiple-event state track champion and standout basketball player at Wildwood Catholic, is set to join the track team at the school.

“Maybe I can help him so his freshman year isn’t so hard,” Fields said.

Fields’ other brother, Caleb, also a standout player at Wildwood Catholic, is set to play college basketball at Division I Bowling Green this winter.

Fields is a 2014 graduate of Middle after spending her freshman season at Cape May Tech. She played in three South Jersey title games at Middle, winning as a sophomore in 2012. She led the Lady Panthers to the Cape-Atlantic League playoff tournament championship as a senior. Fields scored 1,692 high school points.

And now, after her Division I college basketball career was cut a season short due to a debilitating injury, Fields will have another chance to score a few more points.

“I’m hoping I can have a really good season at Georgian Court,” Fields said. “This is a great opportunity for me to keep playing.”