VIDEOS, PHOTO GALLERY: Kobie and Terry do it again at island row

Middle Township High School football coach Frank Riggitano addresses a group of the team's players during a timeout at a recent scrimmage. 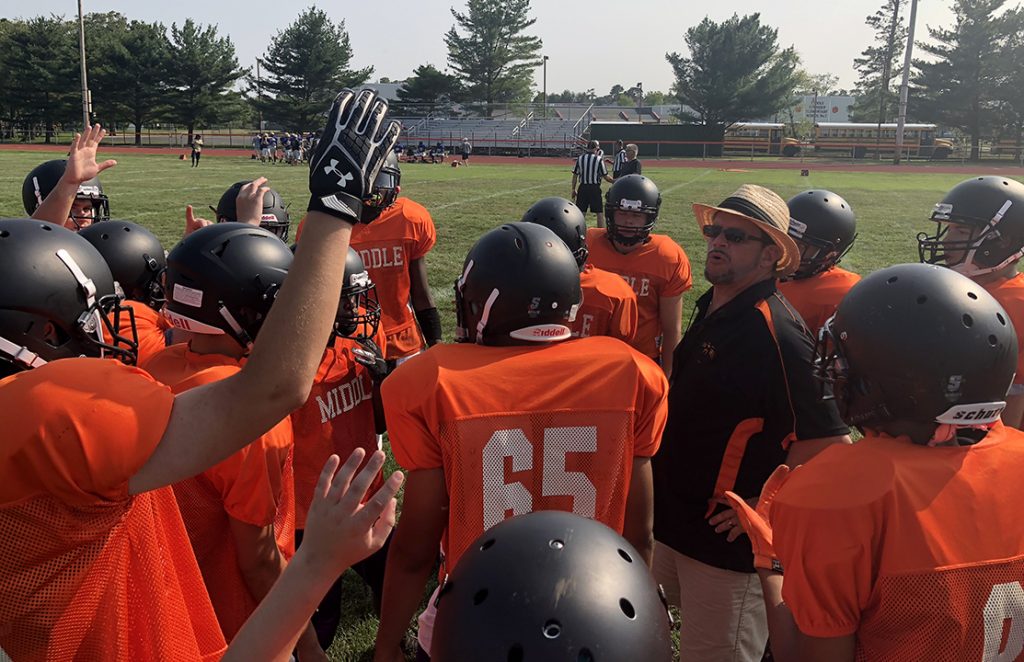 Middle Township High School football coach Frank Riggitano addresses a group of the team’s players during a timeout at a recent scrimmage.

The Middle Township High School football team was supposed to play its second game of the season at home.

Now, the Panthers will be traveling to another state to play.

Middle will now play Seaford (Del.) instead of Wildwood on Friday, Sept 7, at 6 p.m. The change was made after Middle and Wildwood mutually agreed to cancel their scheduled contest, in the wake of Wildwood’s struggle to get an adequate number of players out for preseason practices.

Middle’s team is expected to travel across to Delaware for the game via the Cape May Lewes Ferry, before taking the approximately 50-minute bus ride from Lewes to Seaford. They’ll drive the entire return trip since the ferry does not run late in the evening.

Middle’s scheduled contest with Wildwood was a West Jersey Football League crossover game, so the contest was not mandatory.

According to a source, Wildwood had requested the WJFL for a Week 1 bye in anticipation of having early-season numbers issues. The league instead scheduled the game with Middle Township. Middle and Wildwood were able to drop the game when Seaford became available to Middle. Wildwood’s opener will now be on Friday, Sept. 14, at home against Clayton.

“(Seaford) was advertising for a game and we found it online,” Middle coach Frank Riggitano said. “We made quick contact and they got right back to us. We needed to get approval from our administration since it’s a long trip but they granted it and the kids are excited for it.”

Riggitano said the tentative plan is for Seaford to play at Middle Township during the 2019 season.

“It’s a nice match,” he said. “They run the Wing-T (offense) like us and they’re a same-size school as us.”

Middle opens its season next week in what is termed as “Week Zero” when it travels to Cumberland on Thursday, Aug. 30, for a 6 p.m. start. The game will be broadcast live on 98.7 The Coast radio.

EXTRA POINTS: Middle played Absegami in its final scrimmage on Thursday. Riggitano said returning starting quarterback Cameron Hamer did not play due to an ankle injury, but added that Hamer should be healthy for the opener vs. Cumberland. … The deletion of Wildwood and the addition of the road game at Seaford now gives Middle just three home games – Sept. 21 vs. Gloucester Catholic, Oct. 19 vs. Gloucester and Thanksgiving morning vs. Lower Cape May. They’ll play six on the road.