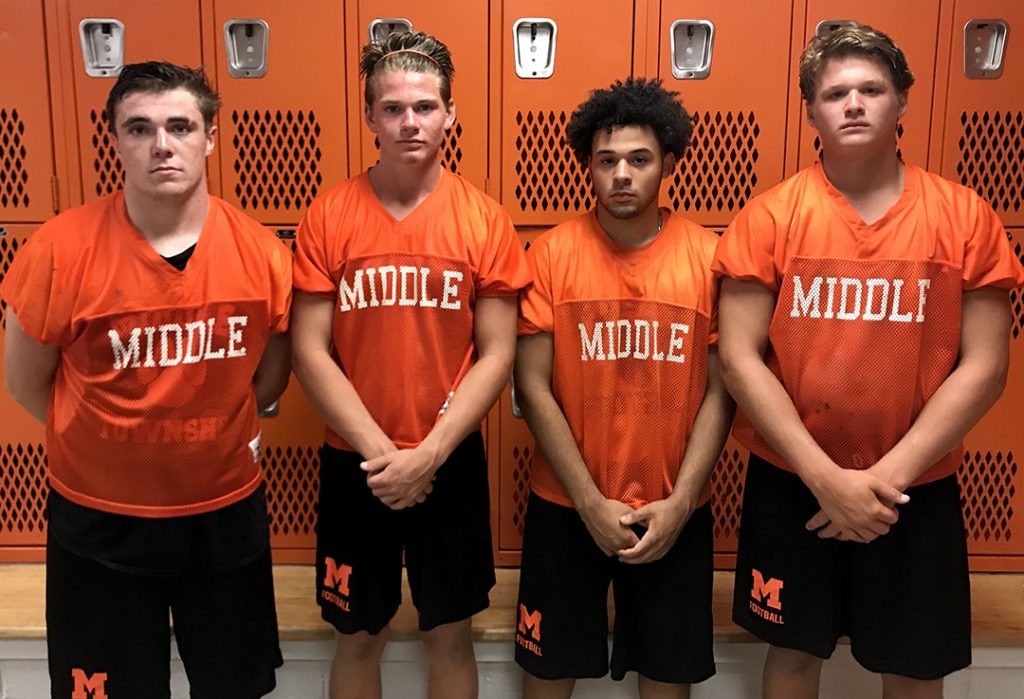 We may be in the midst of a sweltering heat wave, but, from a local sports standpoint, the first taste of fall is just two days away.

For the second straight year, the Middle Township High School football team will open its season prior to Labor Day. The Panthers will travel to Cumberland Thursday for a 6 p.m. start. The game will air live on 98.7 The Coast radio. Tentatively, a live video stream is planned for viewing on CoastSportsToday.com.

“It’s advantageous for us having done it last year and now doing it again this year,” Middle coach Frank Riggitano said of the team’s early start. “The kids are very interested in getting started. They’re ready to play.”

Middle won that early opener last year over Steinert, but injuries took their toll as the season progressed and a team that showed early promise struggled to win only three of its final nine games to finish 4-6.

The Panthers are optimistic they’ll be better in 2018. With some key skill-position players back, the potential is there.

Senior Cameron Hamer is back at quarterback after posting a combined 962 rushing and passing yards a season ago. Also back are senior David Hayes and junior Karl Giulian, the team’s top two running backs last season in terms of yards gained, as well as receivers Drew Harris, a senior, and Matt Marino, a junior.

“We have several first-time varsity football players across the front,” Riggitano said. “On the offensive line, nobody played regular varsity time last year and on defense Kyle Matthews is the only one that got regular time last year. But we’re pleased with the way things are going so far.”

“They have athletes and they have some good people in some spots,” Riggitano said. “They can create some disruption on defense. And then on offense, you might shut them down for three or four straight plays but then they have the ability to break one 75 yards on you. They definitely have some talent.”

Middle has a bit of a strange schedule this season. Following the contest with Cumberland, the Panthers will travel to Delaware to face Seaford on Sept. 7. Then it’s a date at Buena on Sept. 14 before the first of just three home games on Sept. 21 against Gloucester Catholic.

Having just three homes games “is a big deal,” Riggitano said. “It’s a horrible situation for our seniors but the positive side for us is that next year we’ll have six home games, with the first three being home.

“We have three home games but one of them is Thanksgiving, so that basically gives us only two home games in a 10-week period. It’s tough playing three straight road games to start the year but the positive side is that if we can get on the right side of the win column we can continue to gain some interest in the community by the time we have a home game.”

Riggitano said the team’s goal is to strive for a winning record and qualify for the Group II playoffs.

“We definitely think we can compete for a playoff spot,” he said. “With the exception of a couple games our schedule is against schools basically the same size as us, so we think we’ll be competitive in most of our games, especially if we stay healthy.

“We’re a senior-dominated team. We have 14 seniors on a roster of 41 and that’s a lot. We’re hoping to get those kids to the playoffs.”