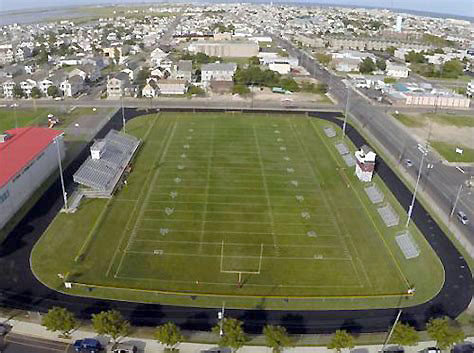 Maxwell Field will host a total of eight high school football and soccer games this weekend. 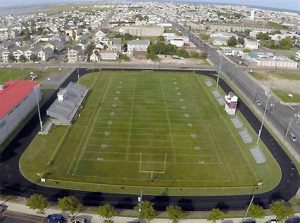 Maxwell Field in Wildwood will host a total of eight high school football and soccer games this weekend.

Following Middle Township High School’s football game at Cumberland on Thursday, there will be no other regular-season fall sports action for Cape May County schools until next week.

But that doesn’t mean there won’t be plenty of games to see.

Maxwell Field in Wildwood will be a busy place this weekend, as numerous Philadelphia area high school football and soccer teams use the facility for games. Ocean City’s Carey Stadium will also host a football game for teams from out of the area.

There will be three football games at Maxwell Field’s Warrior Stadium this weekend, two of them on Friday. At 4 p.m., Conwell-Egan of the Philadelphia Catholic League will take on Salem, followed by Roman Catholic of the PCL against Malvern Prep of the Inter-Ac League at 7 p.m. Then on Saturday at 1 p.m., the PCL’s Neumann-Goretti will host the Avalon School (Md.).

There are separate admission charges to each of the three football games. Admission to the soccer games is free.

Ocean City’s Carey Stadium will host a Philadelphia-area football game Saturday at 10 a.m. when Penn Charter of the Inter-Ac faces Lansdale Catholic of the PCL.