It’s an early start for many of the high school boys soccer teams in Cape May County, with a few of them in regular-season action on the day after Labor Day.

Among the Cape-Atlantic League teams, Ocean City and Middle Township look strong, while Cape May Tech, Lower Cape May and Wildwood Catholic are rebuilding.

Wildwood, meanwhile, is shooting for a winning season in the Tri-County Classic Division.

The following is a look at each of Cape May County’s high school boys soccer teams:

It’s a new start for the Hawks, who finished just 1-17 last season and welcome a new head coach in Jon Harris, who takes over for Pat Macfarlane (11 seasons). 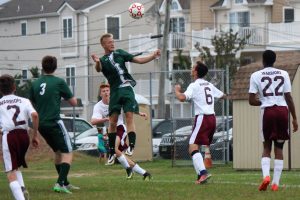 Tech will be looking to improve its scoring output after netting just 12 goals for the season last fall.

“We have a young squad that may surprise opposing teams with its quickness and ability to transition,” Harris said. “There is a possibility to upset some better teams but without focus and communication we may also give up games that we should win.”

The Hawks begin the season Tuesday at Holy Spirit.

Lower Cape May has the great misfortune of competing in one of South Jersey’s tougher divisions in the Cape-Atlantic National Conference, which includes such top teams as Mainland, Ocean City and Middle Township and competitive sides in Oakcrest and Absegami. And the Tigers will do it this fall with a roster that’s on the inexperienced side.

“We will try our best to compete and hopefully make the state tournament again,” said 13th-year coach Dennis Elia.

Lower opens the season Tuesday at Oakcrest. The first home game is Thursday against Mainland.

Middle enjoyed a solid 11-6-1 finish under a new head coach in Matt Gilbert in what was billed as a rebuilding season last fall. With nine regular contributing varsity players back, the Panthers expect to be even better in 2018. 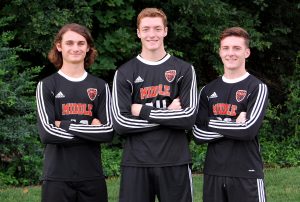 Middle faces a tough schedule that includes teams such as Ocean City, Mainland and Absegami in the Cape-Atlantic National Conference. But the Panthers’ increased experienced should help them compete with such teams.

“We will try to compete for the conference and try to make a run in the South Jersey Group II playoffs,” said Gilbert.

Middle opens the season Tuesday with a key conference game against Absegami at home. 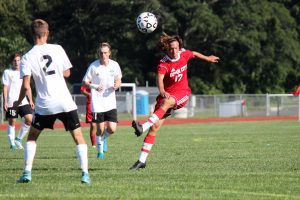 Bogushefsky expects Middle Township, Mainland and Oakcrest to be top challengers in the conference.

“We work to be better tomorrow than we were today,” he said. “With that the wins should take care of themselves.”

His team opens Tuesday at home against Cedar Creek at the Tennessee Avenue Complex. They play non-league games against Williamstown, West Deptford and Eastern.

Wildwood brings back nine starters from last year’s 8-11-1 team, so the Warriors are hoping they can get above .500 this fall. 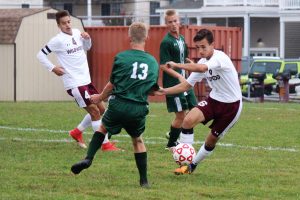 Wildwood is a member of the Tri-County Classic Division. The Warriors will hope to compete to finish in the top half of the division standings this fall.

“We should be competitive within our division and we hope to continue to build our program,” said 15th-year coach Steve DeHorsey.

Wildwood’s first game is Friday at home against GCIT. 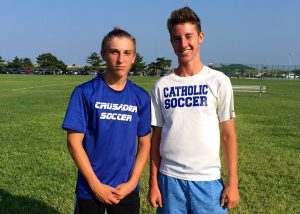 Wildwood Catholic won 13 games and its second straight Cape-Atlantic United Conference title in Mike Saioni’s last season as head coach in 2017. The Crusaders begin this season under a new coach in Jim Lushok and appear to be facing a rebuilding season after losing 10 seniors to graduation, including the team’s top six goal scorers.

“We have a young, inexperienced team that must learn fast in order to compete for the United division,” Lushok said.

Wildwood Catholic opens the season Tuesday at home against Buena.