Big weekend for some area alumni

Cape May County high school girls soccer includes a returning conference and South Jersey champion in Ocean City, a team that should be among South Jersey’s best again this fall.

Middle Township, with a bit more experience, could be a dark horse challenger. Cape May Tech, Lower Cape May, Wildwood and Wildwood Catholic are all rebuilding, although Lower and Catholic have enough talent to play with some of the better teams on their respective schedules.

The following is a look at each of Cape May County’s high school girls soccer teams:

Cape May Tech resurrected its girls program last fall after it failed to field a team for a couple of seasons due to low numbers. 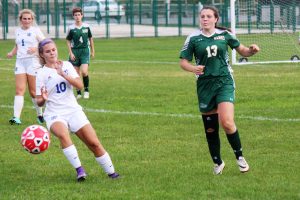 Not surprisingly, the inexperience caught up with the Lady Hawks, as they struggled to a 1-16 record.

But with numbers way up, second-year head coach Warren Wade goes into the new season a bit more optimistic.

“We will be more competitive,” said Wade, who added that 28 players came out for this year’s team.

Cape Tech is led by senior captains Joey Czarnecki and Casey Fry. Other seniors include Sage Thomas, Danni Lockwood, Karley Williamson and Janea Tozer-Murphy. Underclassmen back out for the team include junior Sara Shaw and sophomores Sammi Jennison, April Merino and Katie Kepple.

Among the newcomers, sophomores Paige Dooley, Sydney King and Jaelyn Baxter are expected to contribute with the varsity.

Cape May Tech is scheduled to open the season Thursday at Wildwood Catholic.

Lower Cape May (8-10 last season) lost eight varsity starters to graduation and has just six players back who competed in at last half of the varsity games in 2017, so this sets up as a rebuilding year with a rather young team. 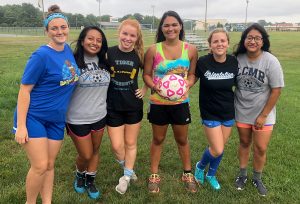 “I anticipate us having a very similar season to last year and aiming to win about half our games this season,” said eighth-year coach Brett Matthews. “We have some extremely talented individuals but will also be fielding several players with little varsity experience. I do believe we will be a much better team in October than we will be at the start of the season.”

Lower was scheduled to open its season Tuesday at home against Oakcrest.

Middle was 6-11-1 last season against a rather difficult schedule. With a bit more experience at the start of this campaign, the Lady Panthers hope to be a bit more competitive. 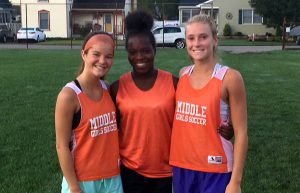 Coyle, Sides and Mendel are the team’s captains.

“We’re still a young team but I think we can take a step in being more competitive this year,” said coach Bob Wishart, who enters his 17th season nine wins shy of 200 for his career. “The kids are totally committed to winning this year.”

Middle was scheduled to begin its season Tuesday at Absegami, the first of four straight away games to start the season.

Ocean City (19-4-1 last year) enters this season with a lot of expectations. The Raiders won the South Jersey Group III title and the National Conference last season with a very young team. Starters Hannah Nathan and Haley Harper graduated but the rest of the team returns – plus one addition. 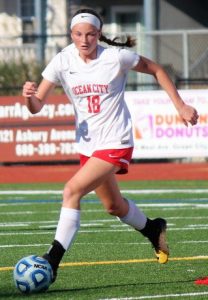 Rutgers recruit Faith Slimmer (21 goals, 8 assists last year) is only a sophomore. Delaney Lappin (7 goals) is a junior and Paige Panico (6 goals) is a sophomore. Goalkeeper Abbey Fenton, who set school records last year, is a junior. They will be joined by Alyssa Liebrand and Tanis McDonnell on defense; and Kelsey White, Anna Devlin and Carly Reighard at midfield.

Plus, Tori Rolls is back. The talented senior missed her junior year with an injury after scoring 28 goals her first two seasons to lead the team and earn all-star status.

“We hope to use our experience to be competitive in both the league and state tournament,” she said. “Our goal is to win another South Jersey championship.”

Non-league games are with Shawnee, Williamstown, Haddonfield and Clearview.

The Raiders were scheduled to open Tuesday at Cedar Creek – their home opener is Thursday night against Absegami at Carey Stadium.

Wildwood begins the season under a new coach in Atta Serra. He takes over for former longtime coach Brad MacLeod, who left the school to take an administrator’s position in another school district. 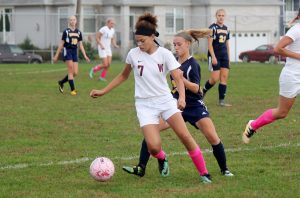 The Lady Warriors are a bit smaller in numbers than in recent years, with just 13 players out as of early this week.

In addition to the low numbers, the team will be forced to overcome the loss of senior Maddie McCracken, a 24-goal scorer last season who is expected to miss most, if not all, of the season due to an injury suffered over the summer.

Wildwood doesn’t begin its season until next week, when it hosts Pitman on Tuesday, Sept. 11.

Wildwood Catholic has struggled with numbers in recent seasons – at times having only one or two substitutes available – but the Crusaders enter the new season with much more depth. 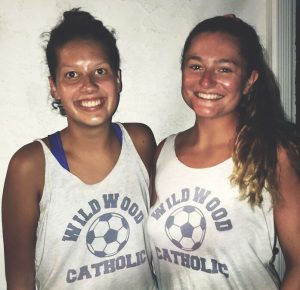 That gives fifth-year coach Kara Saunders hope that the team can be competitive with more teams in 2018.

The Crusaders will be led by senior MF Isabella Feraco (7 goals in 2017) and FB Natalie Babore, the team’s co-captains.

“Although we’re very young I believe this year could be a big step forward for our program,” Saunders said. “We have the largest turnout of girls in the last seven years and once they find their rhythm as a team they could make their mark on the conference.”

Wildwood Catholic was scheduled to begin the season Tuesday at Buena. The team’s first home game is Thursday against Cape May Tech.