Big weekend for some area alumni 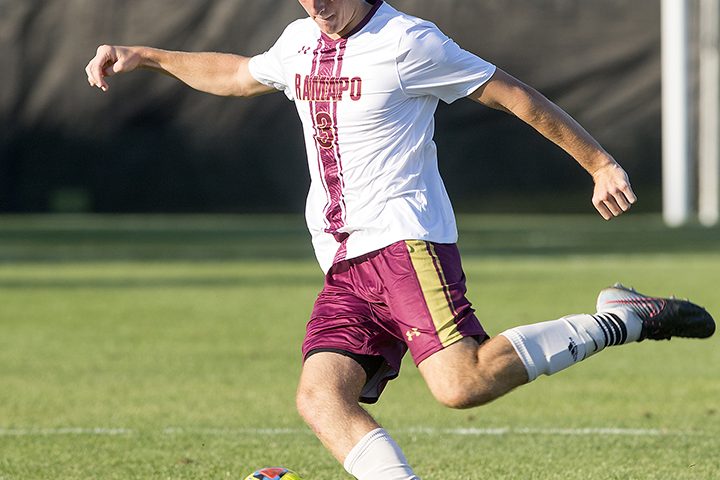 Some alumni of Cape May County high schools enjoyed success in college competition over the weekend.

Hills played three seasons at Delaware before sitting out last season and transferring to Slippery Rock in Western Pennsylvania.

Middle Township High School graduate Joey Fala has gotten off to a tremendous start to his junior soccer season at Ramapo College.

Fala scored on a penalty kick in the second session of extra time to give the Roadrunners a 1-0 victory over host Swarthmore at the Garnet Alumni Classic on Saturday.

That tally came after Fala scored all three goals in a 3-1 victory over Rosemont College in Ramapo’s tournament opener.

Just two games into the 2018 season, Fala has already surpassed his single-season goal-scoring output over his first two college seasons. He netted two goals as a sophomore after scoring three as a freshman.

Lower Cape May graduate Madie Gibson, the Metro Atlantic Athletic Conference preseason Player of the Year, scored her first goal of the season on a header in the 19th minute to give Monmouth a 1-0 victory over Seton Hall.

The Hawks are 4-2 entering a Friday matchup at Rutgers.

A pair of Ocean City High School graduates have been in on the scoring for the LaSalle University field hockey team, which has begun the season with three straight victories. Rialee Allen scored a goal and Shannon O’Reilly provided an assist in a 3-1 home win over Central Michigan on Monday. In the team’s previous game one day earlier, Allen posted a goal and an assist and O’Reilly had another helper in a 3-0 win over the same Central Michigan team. And Allen scored a goal in a season-opening victory over Ohio University.