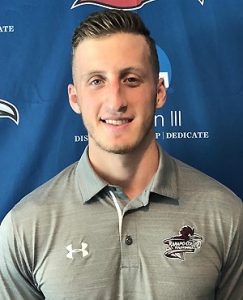 Fala, a 2016 graduate of Middle Township High School, set a new Ramapo record for goals in a season after scoring twice in a 3-2 win in extra time over William Paterson in the team’s regular-season finale on Wednesday.

Fala scored the opening goal of the game and netted the winner in extra time to finish the regular season with 23 goals. He broke the previous Ramapo record of 21 set by Rob Santaniello in 2010.

Fala was recently named United Soccer Coaches NCAA Division III National Player of the Week. He is tied for second in the nation in Division III in goal scoring, one behind leader Nick West of Messiah College.

Ramapo finished the regular season with a record of 14-2-2 overall, 6-2-1 in the New Jersey Athletic Conference. The Roadrunners are the No. 2 seed for the NJAC Tournament and are set to host the winner of a game between No. 3 Rutgers Camden and No. 6 William Paterson on Tuesday.