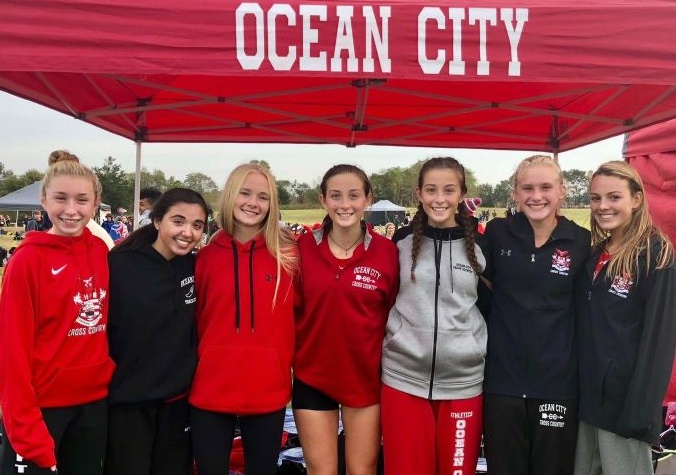 Chalk up three more championships for the Raiders.

The Ocean City High School cross country teams both finished first in the Cape-Atlantic League Meet today in Millville. And the boys soccer team blasted Lower Cape May to clinch at least a tie for the National Conference title.

Matt Purdue’s boys (8-1) edged Mainland, 41-42, to win the CAL Meet. The Mustangs had beaten the Raiders last month in a dual meet that ended the 91-meet win streak by OCHS. Senior Gavyn Fox was the first Ocean City runner to finish – coming home third overall. Mainland junior Kevin Antczak was the individual winner, finishing 30 second ahead of the field. 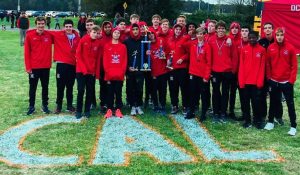 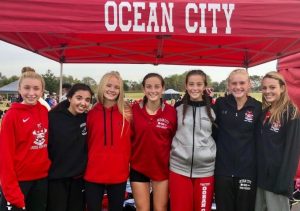 Both cross country teams are off now until Nov. 3 when they run in the NJSIAA South Jersey Group 3 Meet at Delsea Regional High School in Franklinville.

Also today, Aaron Bogushefsky’s boys soccer team (13-5) defeated Lower Cape May, 8-1, with Anthony Inserra and Hunter Paone each scoring twice, Cameron MacDonald, Trevor Paone and Luke Varallo added goals. The victory assured the Raiders of at least a share of the National Conference championship. They can win the title outright tomorrow by winning at Cedar Creek.

The OCHS boys soccer team will host Timber Creek on Monday at Carey Stadium (2pm) in the opening round of the NJSIAA Group 3 Tournament. Ocean City is the No. 2 seed.

In today’s other action, Kelsey Mitchell’s field hockey team (16-3-1) spanked Cherry Hill West, 10-0, in the opening round of its Group 3 Tournament. The Raiders are the No. 1 seed and will host Absegami on Tuesday at Carey Stadium in a quarterfinal game. It will actually be the first game of a doubleheader at 2 p.m. The OCHS girls soccer team (13-5-2) will also play Absegami at 4 p.m. in the first round of their Group 3 tournament.

In addition to the boys soccer game tomorrow, the football team (3-3) can clinch a share of the Independence Division championship by beating Mainland tomorrow night. And the girls tennis team can win a share of the American Conference crown by beating Bridgeton on Tuesday.