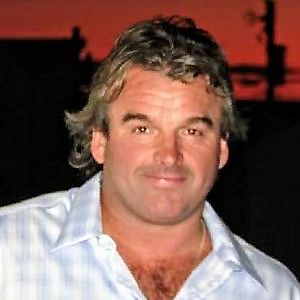 The Cape-Atlantic League soccer community has lost one of its more prominent members.

Macfarlane is considered one of the Cape-Atlantic League’s all-time great soccer players. He started for Middle as a freshman in 1980, but did not play as a sophomore. Macfarlane scored  a team-best 12 goals as a senior in 1983, when he led the Panthers to an 11-5 record and the CAL National Division II title. He scored 25 goals in 49 career high school games.

Macfarlane scored the game-winning goal in his final high school game for Middle in a 2-1 victory over Wildwood Catholic. His younger brother, Pat, who went on to coach at Cape May Tech, scored the Crusaders’ goal in the game. According to CAL soccer historian Bill Siteman, that marked the only time in league history two brothers scored a goal in a CAL soccer game for two different teams.

Macfarlane, who was born in Scotland before emigrating to this country at a young age with his family, went on to become a college All-American player at Belmont Abbey College (N.C.). He then enjoyed a near decade-long professional soccer career in Europe, Mexico and in the United States. He played for the Indiana Kick, Denver Vipers, Carolina Thunder and Detroit Safari of the National Pro Soccer League (NPSL), an indoor pro league that existed from 1984 through 2001.

Macfarlane was inducted into the South Jersey Soccer Hall of Fame in 1995. His father, Gerry, was the head boys soccer coach at Wildwood Catholic for 18 seasons (1985-2002) and guided the program to six Cape-Atlantic National Conference titles, four South Jersey championships and a state title in 1998.

In addition to his father and brother, Pat, Macfarlane is also survived by brothers Jerry and Michael, as well as a sister-in-law and three nieces and nephews.

Funeral services are scheduled for Wednesday at St. Brendan The Navigator Parish, Maris Stella Church in Avalon. Visitation is 9:30 to 11 a.m., with mass to follow.