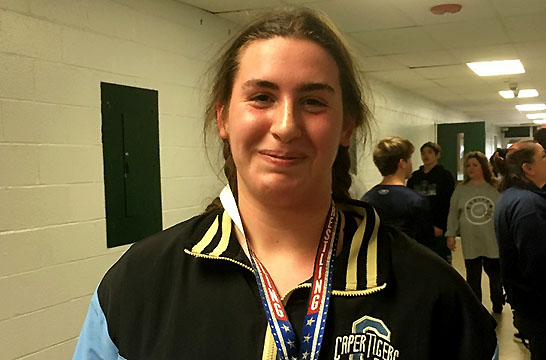 Joelle Klein, a junior wrestler from Lower Cape May Regional High School, took the championship of her weight class at an all-girls tournament at Raritan High School on Saturday.

Klein won the tournament by winning each of her matches by pin. Klein improved to her record to 4-0 against females. She’s also 8-8 in junior varsity matches against males this winter. Klein will compete in the girls region tournament next weekend.

In team news, Lower Cape May swept a quad Saturday afternoon to finish the regular season with a winning record for the first time in five seasons. Lower posted a 64-11 win over Vineland, a 72-6 victory over Palmyra and a 45-31 decision over Ocean City to end the regular season at 15-10 in dual matches.

Lower will head to the district tournament next weekend.